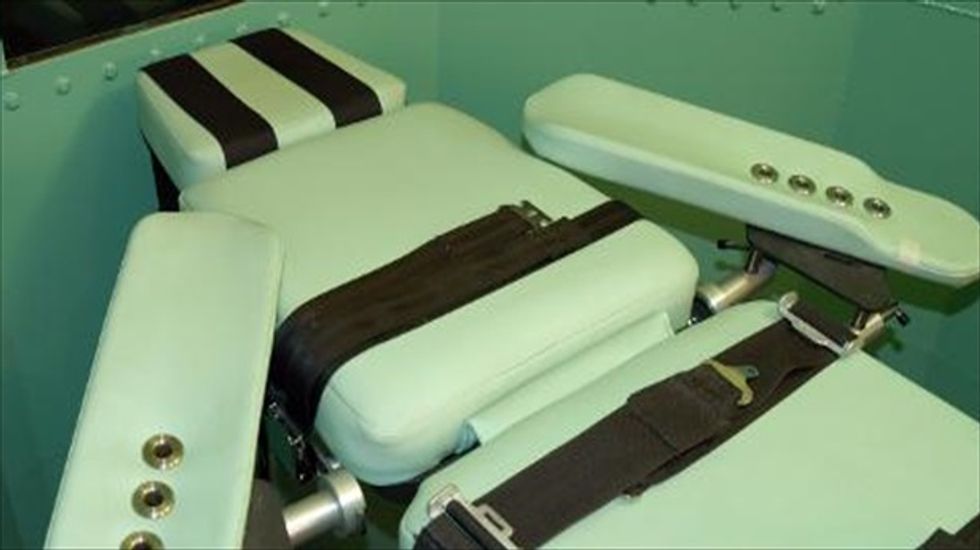 Attorneys for an Oklahoma inmate sitting on death row claim that the state of Texas is home brewing their own execution drug and selling it to other states that still practice lethal injections.

According to Buzzfeed, attorneys for Richard Fairchild --who was convicted in 1993 for murdering his girlfriend's 3-year-old child --  contend that the Texas Department of Criminal Justice is manufacturing their own pentobarbital, a sedative often used to euthanize animals.

Presenting evidence that the state of Virginia purchased 150 milligrams of pentobarbital from the Texas Department of Criminal Justice, Fairchild's attorneys want Oklahoma to purchase the drug from Texas or manufacture their own in lieu of using midazolam which has been used in series of botched executions.

According to documents presented to the court, TDCJ appears to be manufacturing their own pentobarbital, a drug that has been difficult for lethal injection states to obtain due to manufacturer's restrictions. Previously Texas has stated that they have a supplier, but the three bottles sold to Virginian do not list a lab or pharmacy on the label and the invoice lists the TDCJ as the seller..

The last execution in Oklahoma was on Jan. 15 of this year using a 3-drug lethal cocktail including midazolam to execute Charles Warner, a 46-year-old black man.