Lessons from a marijuana conference: Stay in school and be nice to mom 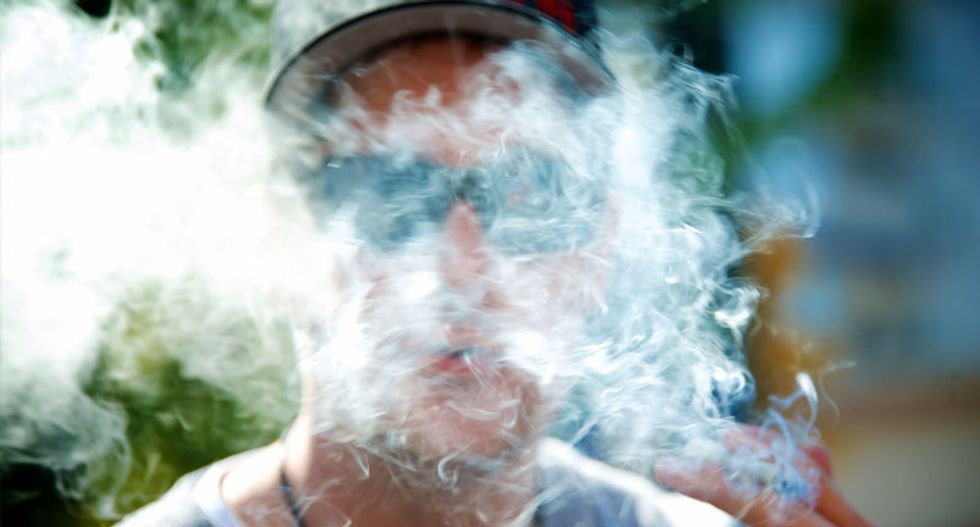 Oregon’s cannabis industry is going overground. From 1 October, sellers will be allowed to sell to the all-new, all-legal recreational market.

At this year’s Oregon Medical Marijuana Business Conference (OMMBC) in Portland, attendees were anticipating a world of opportunity for growers, processors and retailers. The national medical market is worth over $3bn, and some project this number to grow tenfold as more states make medical or recreational pot legal.

But now that growing and selling marijuana has moved out of the shadows, how do entrepreneurs claim a share of all that growth? In talking to speakers and exhibitors, I managed to boil it down to a few simple rules.

The move from medical to recreational sales might, paradoxically, make some established players’ lives more difficult. In the hazy space of Oregon’s medical dispensiaries, for a while there were few rules at all beyond making sure customers had a right to the product, and suppliers a right to grow it.

Now more regulations have been applied to medical sales, and while the goalposts are still shifting ahead of next month’s commencement of recreational sales, it’s sure to be even more regulated than alcohol.

So people selling legal marijuana are doing what only unlucky market sellers had to do: hire lawyers.

Paul Loney, with offices in Portland and Ashland, in the state’s far south, has a practice in transition. “I used to do a lot of criminal defence,” he says, but since legalisation a lot of enforcement has simply stopped. “Now I help people with compliance.”

They also need to carry out lab testing – some because the state demands it (laws forbid the use of certain pesticides), some because of consumer demand for guaranteed purity and potency. Cannabis labs already provide employment for biologistsand chemists; what’s now a cottage industry will soon grow along with the industry.

If you want to make guaranteed money from pot, go to law school or get your masters in industrial chemistry.

In the old days, a pot dealer didn’t need too much start-up capital – just enough for an ounce and a roll of aluminium foil. Now, some old hands are worried it’s getting to the point where only big business will be able to afford to get started in the industry.

Lori Glauser doesn’t think that, but she does say start-up costs are high, and higher if people don’t know what they are doing. She is the president of Signal Bay Inc, a consultancy that helps people navigate the intricacies of starting a cannabis business. To start a retail dispensary with all the requirements – video cameras, security systems and more – she says clients in Oregon could be up for “anywhere from a quarter of a million to a million dollars”.

Cultivation facilities can run into the millions depending on whether its an indoor or outdoor grow (indoors, you may need to upgrade your power system in consultation with the electricity company).

Processors, extracting oils for the new growth area of extracts, topical rubs and vaporizers may need $100,000 for a CO2 extraction machine and almost the same amount for a commercial kitchen.

To stand out in an increasingly crowded marketplace, Michael Monarch of Ashland’s Epic Edibles says you need to spend even more. “You need professional branding and a welcoming store. You need to spend that money up-front.” He also recommends vertical integration – controlling all aspects of the business from growing to selling – as the key to profits.

Banks, regulated at the federal level, are still cagy about lending to businesses that the federal government considers to be engaged in crime. You’ll need cash. Save those pennies.

Monarch also says the workload for a new pot business is huge. He’s a serial entrepreneur, and says starting in the cannabis business means 60- to 80-hour weeks in the initial months.

“It’s like any other business in that way, but there’s actually more to learn, and it keeps changing.”

New entrants will need to be prepared to burn the midnight oil if they want to be successful in selling cannabis oil.

Be nice to your mom and her friends

Baby boomers are the biggest customers for medical marijuana (Monarch estimates them to be around 80% of his current market). That may not change in the transition to recreational sales: they have the money, the spare time, and the fading memories of the 60s counterculture that will put them front and center when it comes to legal herb.

They’re also retired or retiring, so they won’t be too concerned what veteran lawyer and campaigner Lee Berger calls “cannabigotry” in the workplace, where some companies even in legal states still carry out stringent drug testing and fire employees who smoke weed.

This means that prospective entrepreneurs need to find out what this older generation wants in its weed. Judging by exhibitors at the conference, the emphasis going forward will be on organic, stringently tested pot, ideally “sungrown” (as opposed to indoors), and processed in accordance with the emerging standards of purity that regulators are developing.

Recreational cannabis may be legal at the state level in Oregon, but this is by no means the end of the story. Store fronts need to go somewhere, which means that they need to be approved and zoned by city and county authorities. Outside the liberal cities on the I-5 corridor, these bodies are often dominated by socially conservative politicians who don’t want people selling pot on the main street of their town.

So entrepreneurs and consumers alike have to attend the meetings of councils and other local bodies where such decisions are made, and relentlessly press the argument that cannabis represents not moral decline, but economic salvation for the timber towns that have spent decades in decline. In session after session at the conference, attendees described how they were doing just that.

For workers in the industry – harvesters and trimmers on the farms, and “budtenders” in the retail stores, they can make sure they get a fair slice of the pie by joining a union.

The United Food and Commercial Workers Union has begun organising in the cannabis industry. Last month they negotiated the first ever union contract for cannabis workers in the state at Stoney Brothers dispensary in Portland, where workers got $15 to $34 an hour, health insurance, retirement benefits, and paid vacations and sick leave. More contracts will see the wealth of this new industry shared around more fairly. As these rules suggest, as the pot industry goes legit, it seems to be embracing all-American values. It’s rewarding the same luck, and virtues, that every other capitalist industry does. The most successful people in the cannabis industry may well be the squarest.