New York bishop suggests teen was an 'accomplice' when priest molested him: 'The boy is culpable' 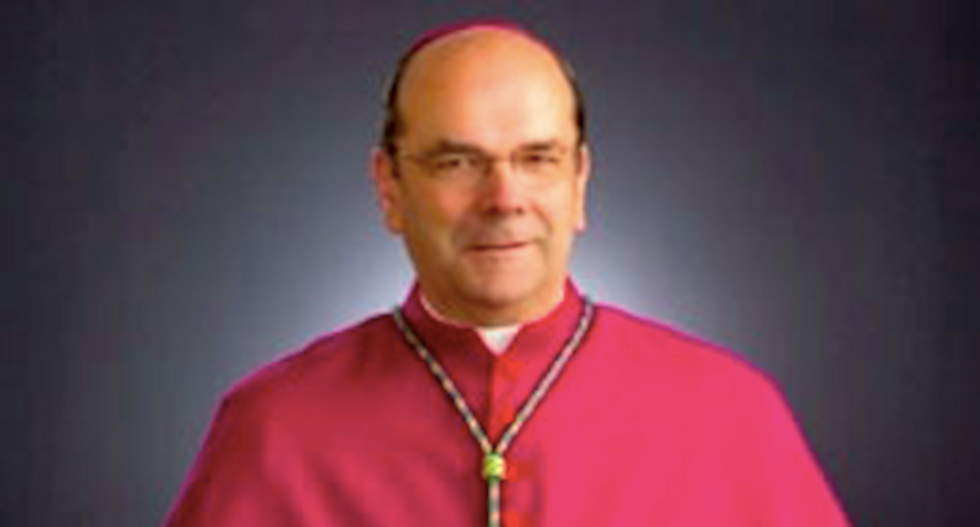 A Syracuse bishop objected to a news report that accurately quoted his remarks blaming victims of child-molesting priests for their own sex abuse.

Bishop Robert Cunningham testified in a 2011 deposition as part of a federal lawsuit filed by a man accusing a priest of sexually abusing him years earlier as a child, reported the Post-Standard.

The plaintiff's attorney asked Cunningham, who heads the Syracuse diocese, whether a child molested by a priest has committed a sin in the eyes of the church.

The bishop backed away from that statement later in the deposition but said he would need more information about the child's behavior to determine his culpability.

"Well, I mean, without knowing the circumstances completely, did the boy encourage (or) go along with (it) in any way?" Cunningham said.

The attorney asked Cunningham to describe circumstances under which a 14- or 15-year-old boy could be culpable for his own sex abuse by a priest.

"I would not – obviously, what the priest did was wrong," Cunningham said. "You're asking me if the young man had any culpability, and I can't judge that."

Attorney Raymond Schlather then asked the bishop, if the boy reported the sex abuse during confession, whether or not he would tell the teen he had committed a sin in the eyes of the church.

"I do not know whether I would say that," Cunningham said.

Dennis Brennan filed a lawsuit claiming the late Rev. Thomas Neary had molested him when he was 13 years old, and the diocese found credible allegations of abuse against the priest, who died in 2001.

Neary told the boy to confess after he had molested him, and Cunningham said it was wrong for the priest to take the boy's confession as an "accomplice" in the sin.

He would not say whether he believed the boy was also an accomplice.

"The priest is clearly wrong," Cunningham said. "I don't know – if what happened happened, then certainly Mr. Brennan has every right to feel abandoned and apart, and, certainly, I don't think there would be culpability, but I mean, I can't make that judgment."

The bishop, after reading the published report, insisted that victims of sex abuse are never at fault.

"I tried my best to answer questions and I must admit gave responses that I wish were different," Cunningham wrote in a letter to the newspaper. "It saddens me to read the article and to realize that my words gave the wrong impression to victims, their families and the people of the diocese that I believe the victims of abuse are at fault. Nothing could be further from the truth."

He admitted that his sworn statements were accurately quoted, but he argued that they did not represent his beliefs about the victims of sexual abuse.

"Bottom line is I cannot go back and change my words, but I can assure you that I did not believe the individual involved in the case was at fault," Cunningham wrote.

The Catholic Church teaches that the age of reason starts at 7 years old, but a former priest who has written about sexuality in the church said that should be limited to determining right from wrong.

When a priest tells a child that having sex with him is right, said author Richard Sipe, the child should not be held responsible for the abuse.

"That is so absurd," Sipe said. "It's like saying a child who's beaten is responsible for the beating. It's prehistoric. I can't believe a bishop in (2011) said this."

Another former priest who has testified as an expert in clergy sex abuse cases said the bishop's claims were "preposterous."

"There's no way, either in law or in moral theology or in canon law, which Bishop Cunningham is trained in, that a child can consent to that crime," said Patrick Wall, the expert on clergy abuse.

Advocates for sex abuse victims have called for Cunningham to resign.

"Blaming a victim of childhood sexual violence for his or her trauma is among the most inhumane things I can imagine a person saying, especially a well-educated man like a bishop," said David Clohessy, director of the Survivors Network of those Abused by Priests.

"It's important to remember that a deposition remarks are the opposite of off-handed remarks," Clohessy added. "Cunningham chose his words carefully. That makes his callousness even more alarming."