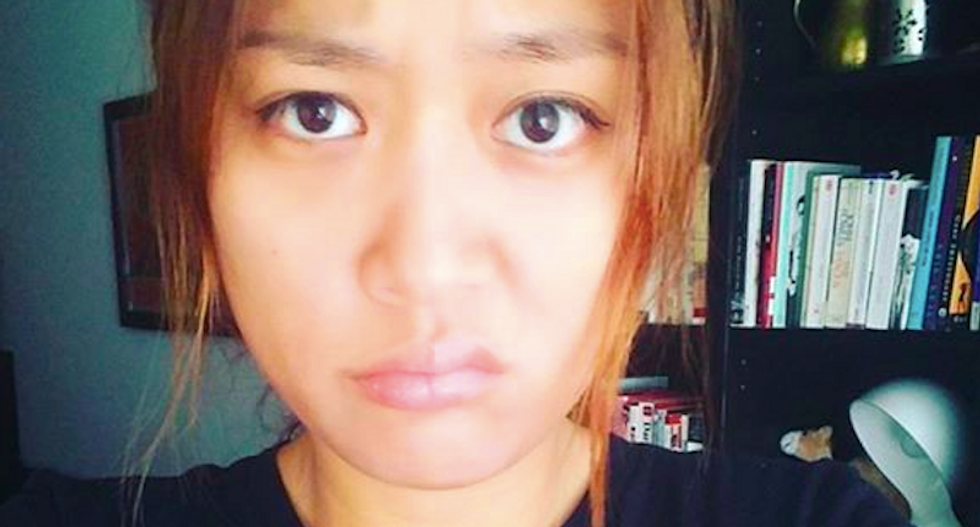 A New York City photographer said she was stopped and questioned by police about her T-shirt, which had Arabic writing printed on it, as she walked her dog past the 9/11 Memorial.

Miru Kim said she initially thought the officers were concerned about her dog, which had been barking at another dog -- but they instead pointed to her shirt Wednesday afternoon and asked her about the message on it, reported Gothamist.

"I told him it was an old T-shirt from a protest group," Kim said. "That got him going even more, and I had to explain that it was from an anti-Iraq War group from a long time ago -- like, 10 years ago."

The shirt bears the name of activist organization We Will Not Be Silent, which was founded in 2006 as the Critical Voice as a response to torture policies and to encourage artist participation in social justice issues.

"I guess my boss was friends with the organizers of the protests," Kim said. "I just thought the shirt was cool, so I kept it."

Police are legally permitted to approach anyone and ask about "circumstances of interest," according to the American Civil Liberties Union, but citizens are not obligated to provide information or even answer officers' questions.

"I thought it was kind of annoying getting all of my information taken down by police," Kim said. "I didn't ask why. I didn't really say anything. I basically just complied and explained that it's just a shirt from a long time ago."

The executive director of the New York Civil Liberties Union said police may have violated Kim's right to free expression.

"No New Yorker should be targeted for a police stop or interrogation because they are wearing a t-shirt with Arabic writing on it," said Donna Lieberman, head of the civil rights group.

Kim said one of the officers told her that police were "tightening security" in the area, although he didn't explain why.

Pope Francis was scheduled to visit the 9/11 Memorial on Friday morning.

Kim posted a photo of herself wearing the T-shirt and questioning why officers stopped her.

"Are they serious, NYPD? Are they gonna call me a potential terrorist because I am wearing a shirt with Arabic on it? When did NYC become so xenophobic?" she said in a social media post.

Raed Jarra, an Iraqi immigrant, was detained during that incident and eventually won a $240,000 settlement against JetBlue.

A Hunter College student was questioned and warned two months after Jarra's detainment while wearing the same shirt on the Staten Island Ferry.

New York police did not respond to a request for comment on Kim's questioning. 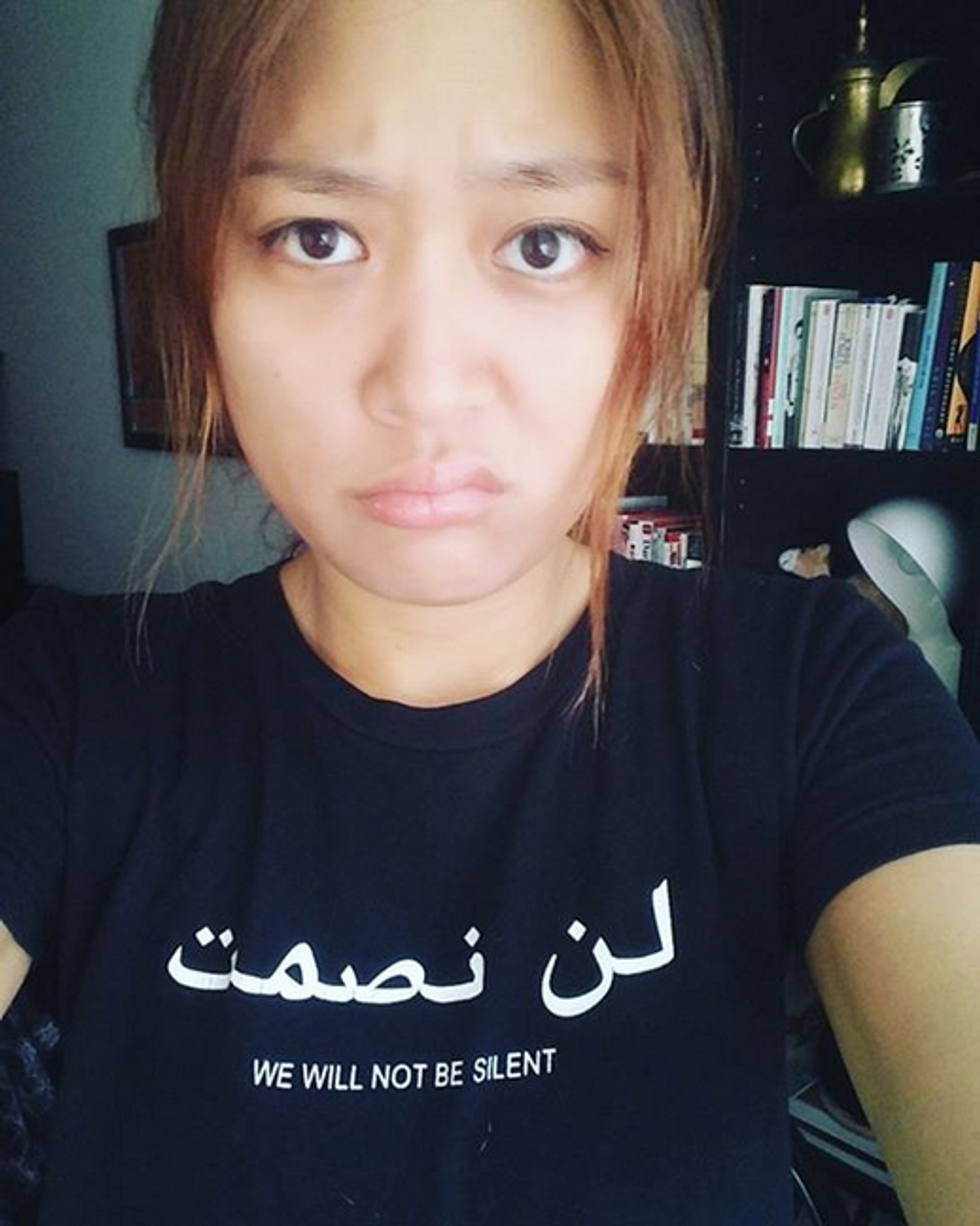