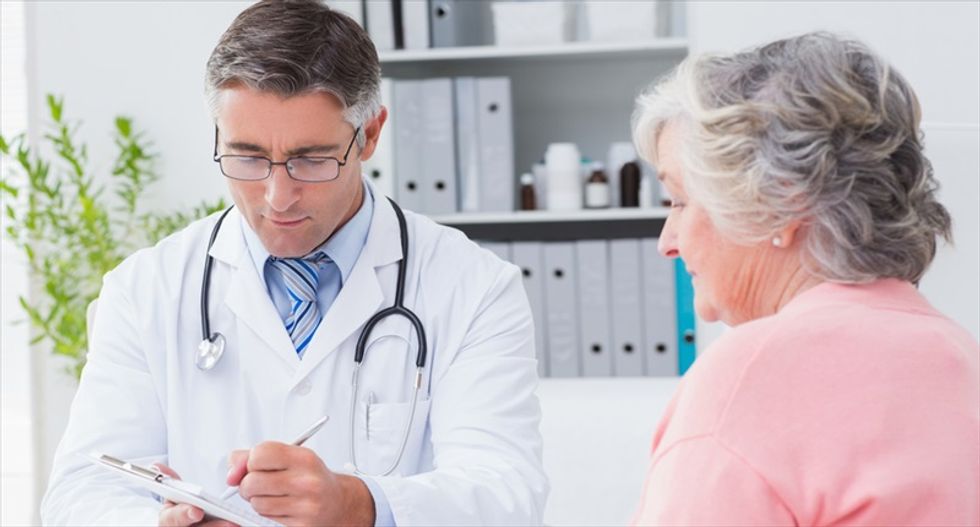 Opiate addiction continues to tear through the U.S., but fortunately the Gloucester Police Department in Massachusetts has come up with an unconventional way to combat the epidemic. Instead of criminalizing addicts, they're focusing on battling the root of the problem while also offering rehabilitation to those who seek help.

The department recently took to Facebook to share the names, salaries, and contact information of the top earning pharmaceutical CEOs. Authorities shared the information with the hope that residents in the area will call and ask big pharma to help stop the addiction of prescription pain killers, which often times results in heroin addiction.

While noting that the latest data shows a huge percentage of addicts get started with prescription drugs, the department also makes clear that they want supporters to kindly ask big pharma to take charge and find a solution the rapidly growing list of addicts.

"Now...don't get mad. Just politely ask them what they are doing to address the opioid epidemic in the United States and if they realize that the latest data shows almost 80% of addicted persons start with a legally prescribed drug that they make," the post said. "They can definitely be part of the solution here and I believe they will be....might need a little push."

Earlier this year, Gloucester Police received national attention after they announced a program they designed to get drug addicts off the streets and into rehab instead of arresting them.

With all the negative attention police have been getting this year, it's refreshing to learn about a department that's doing the right thing despite the misguided war on drugs. There is a growing body of evidence that proves criminalizing addicts does very little to combat drug addiction, and rehabilitation is much more effective than throwing a non-violent person in prison.

However, the best part about the department's strategy is their clear understanding of why opiate addiction has become such an epidemic in the U.S. As I mentioned in an earlier piece, the uptick in heroin addictions is the direct consequence of pharmaceutical companies pushing painkillers like OxyContin for years, which are also known as opioids. In fact, prescription painkillers accounted for 16,000 deaths, or nearly four out of every ten fatal drug overdoses in America in 2012 alone.

Overall, heroin use has jumped 63% from 2002 to 2013, and the CDC makes clear that those who are addicted to prescription painkillers are 40% more likely to get addicted to heroin in the future.

Considering the fact that the FDA just approved the painkillers for children ages 11-16, it's not unreasonable for the Gloucester Police Department to ask citizens to hold pharmaceutical companies accountable for what's happening with drug abuse in the country.

There is an extremely fine line in sharing the personal information of others online. The police department shared the emails and office numbers of the CEO's, and thankfully didn't include additional information that could put anyone in danger. For the record, I don't agree with sharing the home addresses of anyone on social media because it could lead to some unhinged person doing something dangerous or violent. It's important to differentiate between giving people the tools for lawful activism rather than vigilante justice.

Even if the department's recent social media efforts don't work, it's good to know that any addict in Gloucester can talk to the police if they're looking for rehabilitation without the possibility of going to jail. If the entire country utilized this educated policy, our prisons wouldn't be as crowded, and people would actually get the help they need.