Richard Dawkins: Religion could be altering the biological evolution of humans 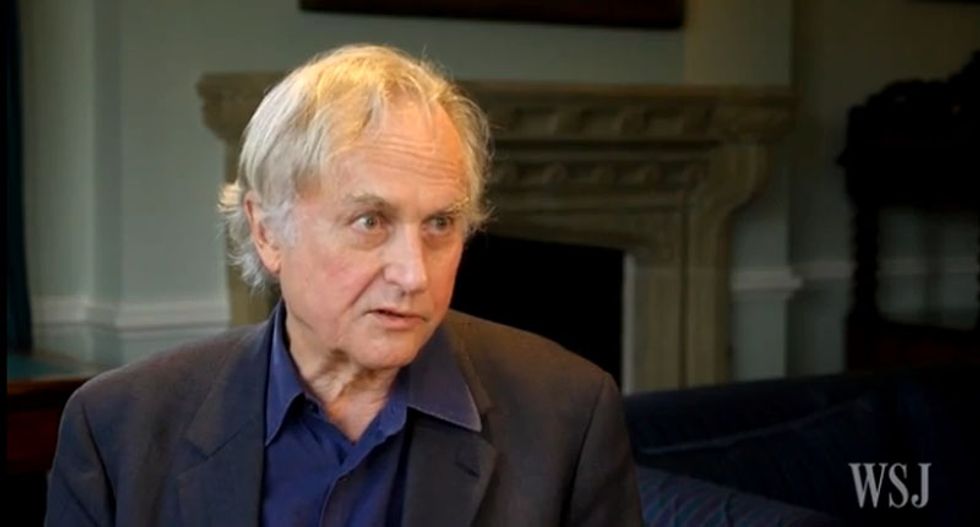 Richard Dawkins in an interview with the Wall Street Journal (Screenshot)

Religion could be influencing the course of human evolution, atheist and evolutionary biologist Richard Dawkins said in an interview published Tuesday.

Dawkins was discussing memes – a term he coined in his 1976 book The Selfish Gene to describe “unit of cultural transmission” – during an interview with the Wall Street Journal.

Cultural memes like religion could also influence the spread of biological genes, he told the Wall Street Journal, and therefore have an impact on human evolution.

"I think what you’re asking is whether [religion] also contributes to genetic evolution – whether the fact that we are evolving in an environment dominated by religion does actually affect gene survival," Dawkins remarked.

"Well, I suppose that if there is a meme that says don’t use contraception or don’t use contraception that works, then that does tend to affect gene propagation, obviously. So that’s the kind of thing that might be going on. But remember that genetic evolution is a very slow process… compared to culture evolution, so we are dealing with two rather disjointed timescales here."

Watch video, via WSJ, below: