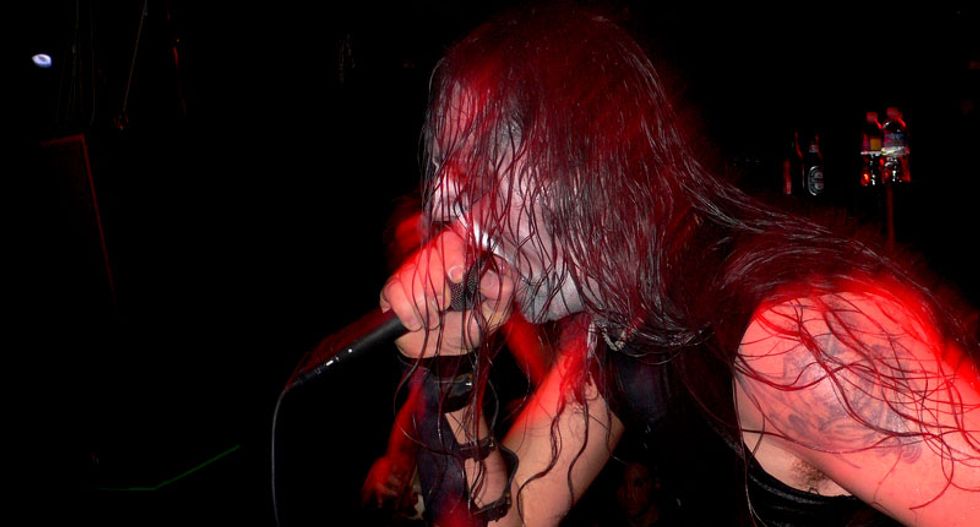 The experience of music making and listening is foundational in every observed culture and society, producing extraordinary effects on thoughts, emotions, and physiology. Due to this power, we are not only conscious of its positive effects, but also potentially negative ones.

So we tend to classify certain forms of music, often reflecting cultural beliefs and identities of the downtrodden and misunderstood, as controversial. Sometimes it’s just new and unconventional music that gets a bad rap – even Elvis and The Beatles were considered morally threatening to the population’s wellbeing when they first hit the airwaves. Now, of course, they are celebrated as some of the greatest musicians in recent history.

The current focus of controversy has shifted to rap, hip-hop and other “problem” music genres such as heavy metal and emo. This controversy often leads to conflict and censorship attempts because of a perceived link between listening to this music and anti-social behaviours.

Often we find ourselves forming opinions of music because of how aggressive or depressing we perceive it to be from lyrics or tone. Because of this, we might view rap and hip-hop listeners as prone to delinquency and substance abuse, heavy metal users as more violent, and emo listeners as more depressed.

But much of the evidence regarding “problem music” actually opposes these views. Rather, many problem music users engage in music listening to self-regulate their emotions and improve emotional wellbeing .

One such study compared the psychological attributes of problem music fans (identified as rap and hip-hop, heavy metal, alternative rock, punk and rave) and non-fans.

The researchers found no differences between the groups in personality traits and, in fact, problem music fans used music significantly more to regulate their emotional states than non-fans. By using music to internally regulate their emotions, the authors described listeners as having lower likelihoods of externalising negative emotions leading to anti-social behaviours.

In fact, our own research debunked the myth that extreme music makes fans angrier. In this study, we brought extreme music fans into the laboratory and made them angry using an anger interview, after which half were allowed to listen to their own music and half waited in silence.

We found that high-tempo music with aggressive themes was capable of reducing feelings of anger, and increasing positive emotions, for fans of those genres. Participants’ heart rates increased with the anger induction, then those who listened to music experienced a level heart rate – but not an increase – while the music was playing. Subjectively they reported equal levels of calm and relaxation as those who did not listen.

But those who listened to music reported greater positive changes to their emotions, such as inspiration. This suggests that listening to problem music is an effective channel for releasing negative emotions passively, and refutes the widely-held belief that heavy metal makes people angry and aggressive.

Interestingly, participants also reported that listening to sad music when venting or reflecting on events strengthened and, at times, increased negative feelings. Yet these processes allowed them to feel better in the long-term.

They reported that listening to sad music allowed thorough exploration of their emotions before they attempted to change their mood, and it even helped them to “get over” sadness faster.

As for rap and hip-hop, not only can they be used as a healthy way to internally manage negative moods, but their relationship to deviancy varies greatly. Researchers in Canada found that relationships to deviance changed depending on different genres and sub genres.

Unfortunately, relationships cannot tell us about causation. People who prefer French rap may actually identify with the lyrics because of their previous experiences. So, be tentative in accepting “findings” about rap music causing deviance.

There are two important caveats to this information:

First, much of this research was conducted on healthy adults and fans of these particular genres. We don’t yet know what the effect of various music genres may be on those at risk of depression or other mental health problems.

Second, the music must be personally meaningful to the listener. If you don’t enjoy headbanging to Megadeth, or busting a rhyme with Ice-T, you are unlikely to gain much emotional solace from them. You might deal with emotional upheaval through jazz or opera! But keep in mind that even jazz was once the Devil’s music.