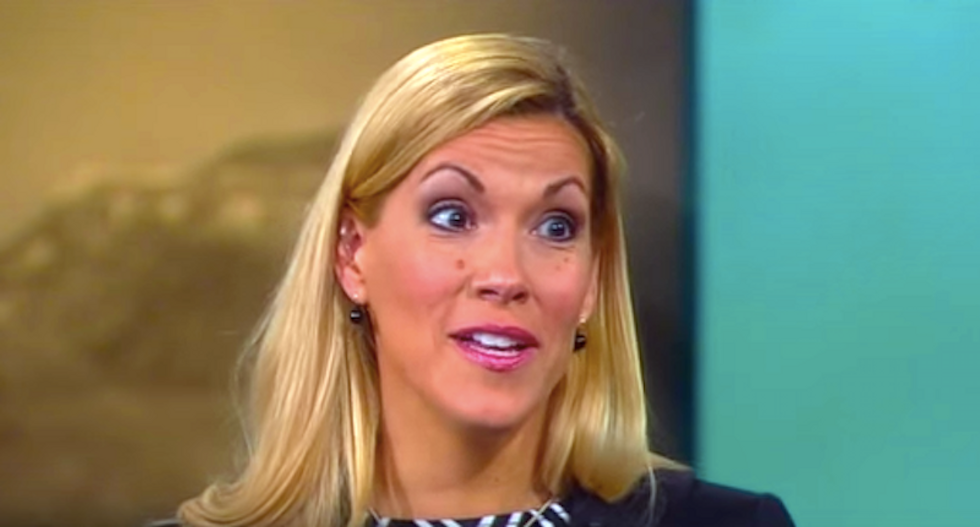 The mayor of the Texas town where Ahmed Mohamed was arrested for bringing a homemade clock to school became a conservative folk hero earlier this year when she successfully lobbied City Council to fight back against a nonexistent Islamic threat.

Beth Van Duyne, the mayor of Irving, pushed elected officials to back a state bill banning Sharia law after reading reports about an Islamic tribunal set up in her town to settle personal and business disputes between Muslims based on religious principles.

Her post, and her calls to fight back against the overinflated threat, were promoted by Fox News and Glenn Beck.

Taher El-badawi, a tribunal judge, explained that the Islamic court was entirely voluntary and would not oversee criminal cases, child support, custody issues or the transfer of assets, but would instead settle divorces, workplace disputes and small claims.

The non-binding tribunal acts as essentially as a mediator or arbiter of minor disputes to keep them out of court -- and Christians and Jews have long operated similar religious courts.

But courts based on Sharia law are less well-known, and they have aroused anti-Muslim fears in the decade and a half since the Sept. 11, 2001, terrorist attacks.

"Our nation cannot be so overly sensitive in defending other cultures that we stop protecting our own," Van Duyne said in her Facebook post. "The American Constitution and our guaranteed rights reigns supreme in our nation and may that ever be the case."

Irving's City Council voted 5-4 in March to show symbolic support for the anti-Sharia legislation -- which conservative media outlets gloated had made Muslims "unhappy" and "angry."

“It fuels anti-Islamic hysteria,” said Zia Sheikh, imam at the Islamic Center of Irving. “Her whole point was to rile up her supporters (but) the problem is we become the whipping boys.”

This week, in Irving a 14-year-old Muslim teen was arrested after bringing a clock he had built to school.

A teacher thought the clock resembled a bomb and administrators called police, who found no evidence that ninth-grader Ahmed Mohamed had built an explosive device or intended to scare anyone with it but arrested him anyway.

“Yup, that’s who I thought it was,” said one officer as the Muslim teen, a good student who has never been in trouble, arrived in the principal's office.

Watch this interview with Van Duyne posted online by The Blaze: