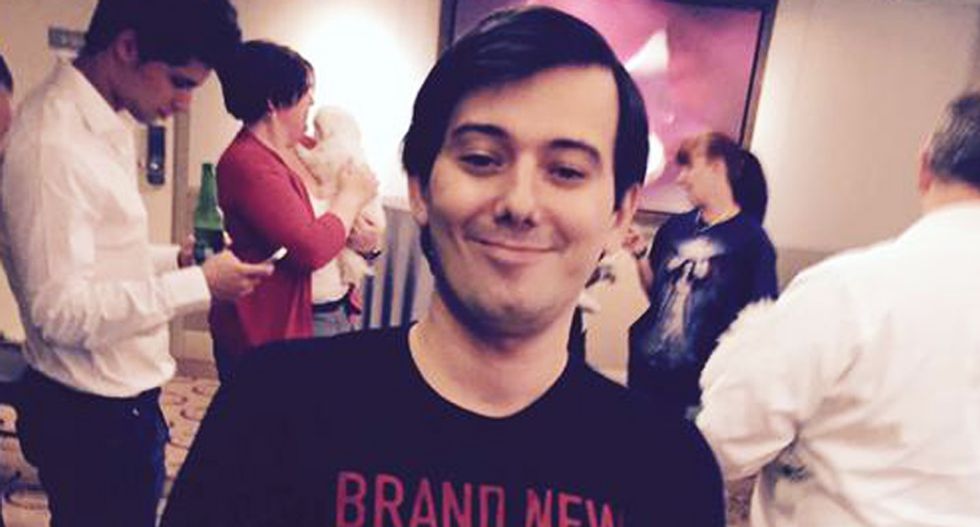 It turns out that Martin Shkreli, the former hedge manager turned pharmaceutical businessman who jacked the price of a life-saving drug from $13.50 per tablet to $750, is actually worse than we thought.

His tweets can be broken down into three sometimes overlapping main categories: (1) Tweets about how rich he is, (2) Tweets in which he compares himself to rapper Eminem and rapper Chamillionaire and describes his critics as jealous haters who shouldn't f*** with him, (3) Retweets of other people’s tweets which praise him and attack his critics. Let's take a look, shall we? 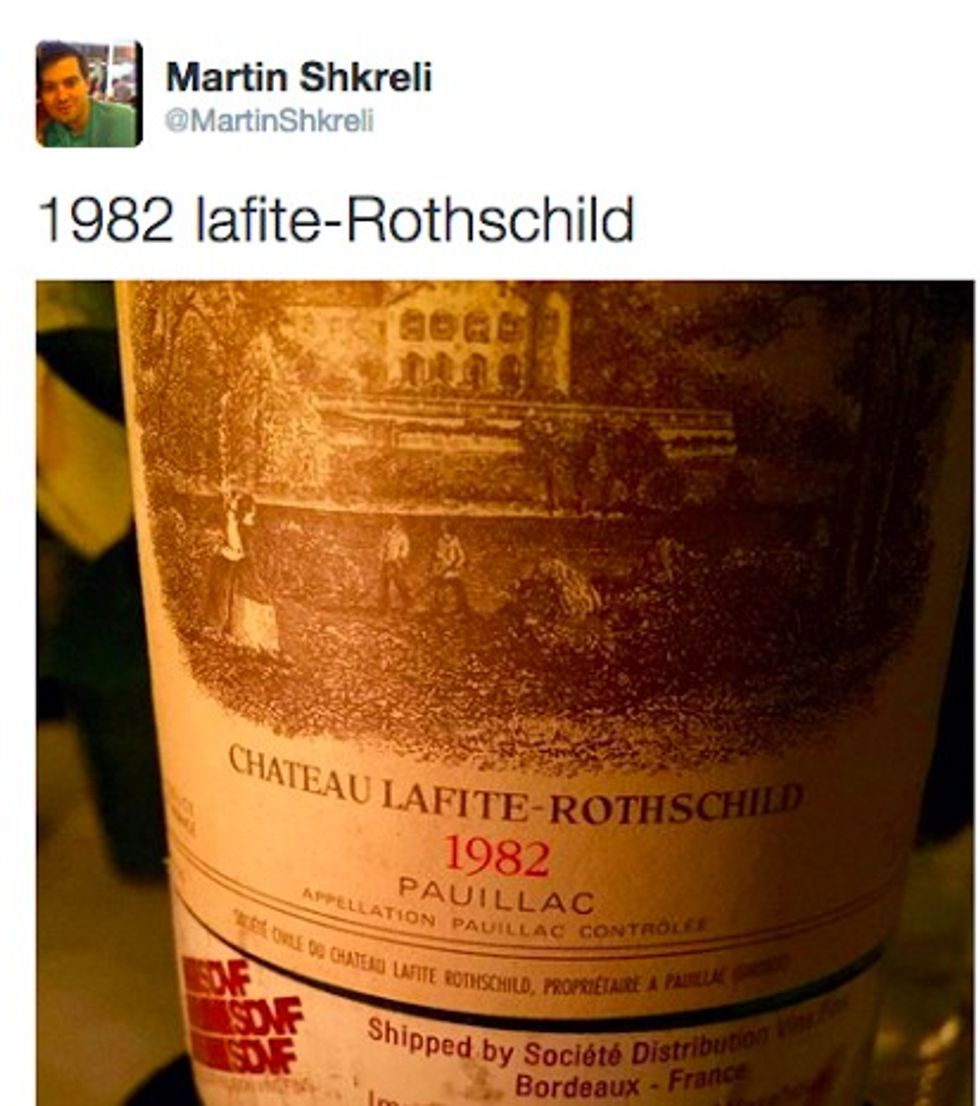 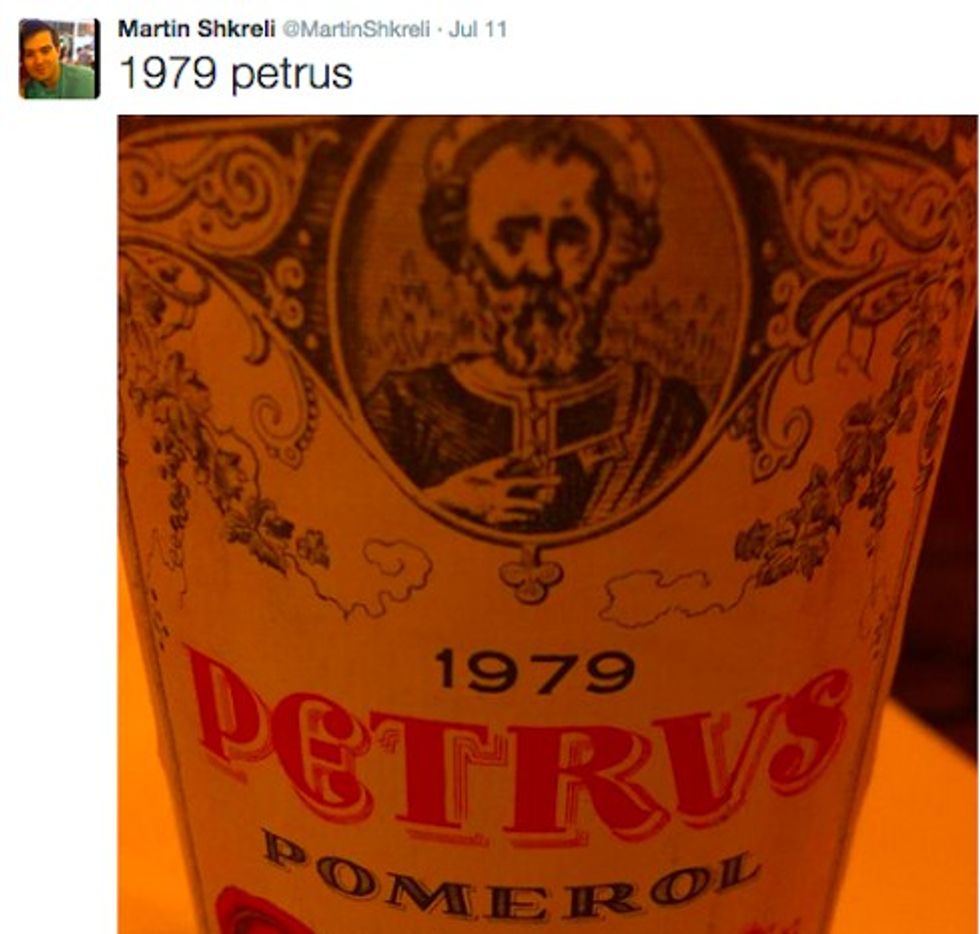 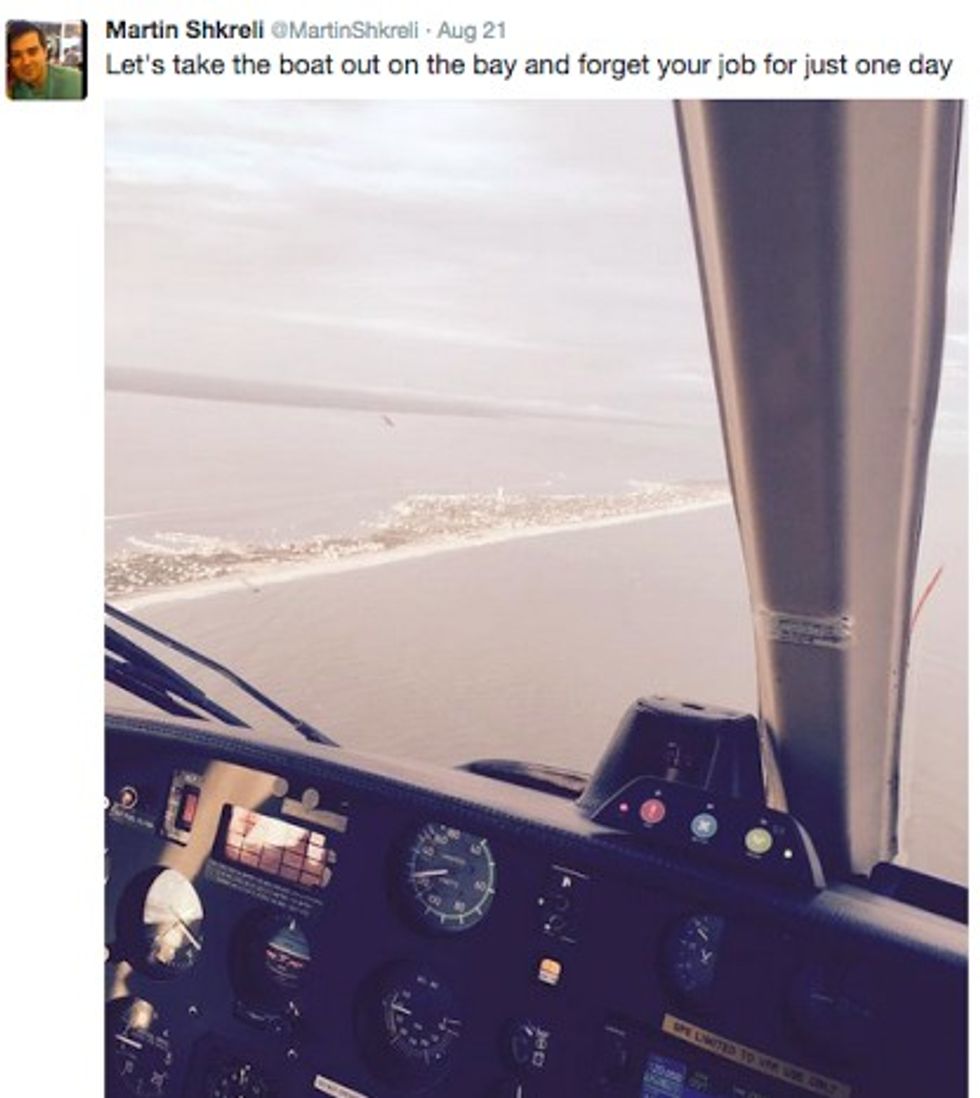 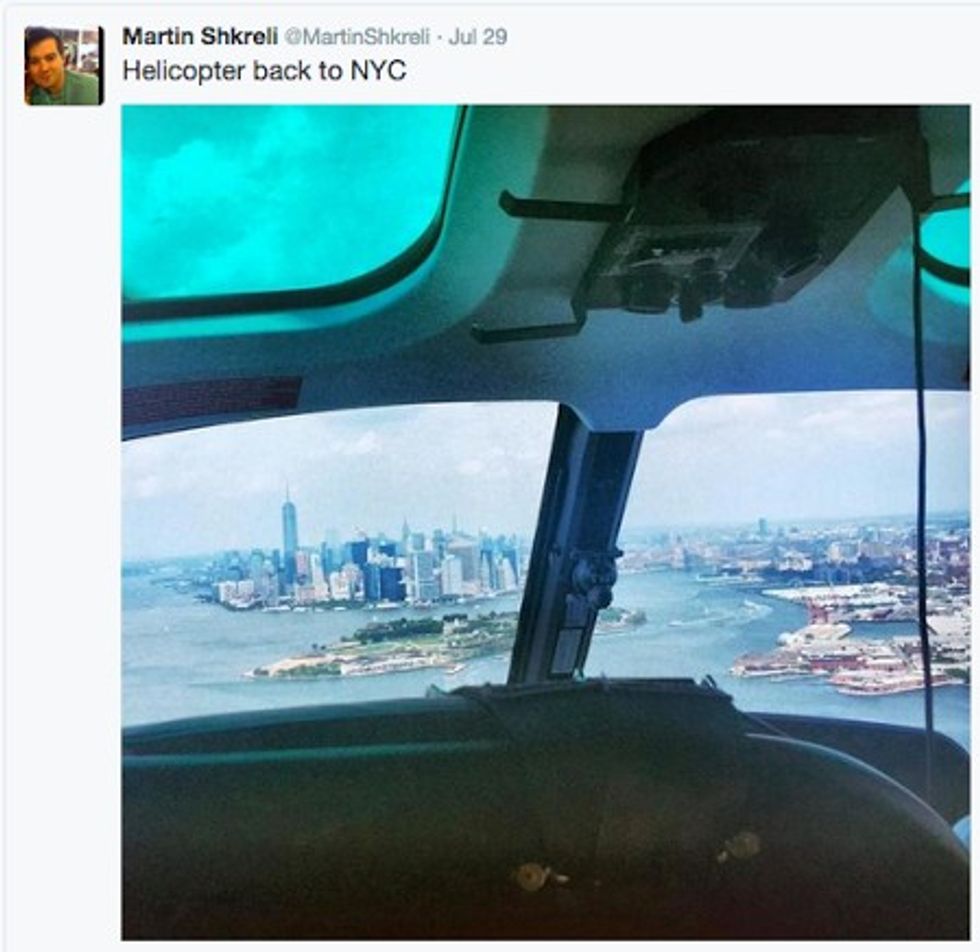 I donated a total of $5,000,000 to various causes recently. Looking forward to telling you all about it. — Martin Shkreli (@MartinShkreli) September 15, 2015

(2) Tweets in which he compares himself to Eminem and Wutang and describing critics as jealous haters who shouldn’t  "f*** with him":

In the two back to back tweets pasted below, Shkreli links to the lyrics and the the music video  to Eminem's The Way I Am, which says,

I'm not Mr. Friendly, I can be a prick

No patience is in me and if you offend me

Go call you a lawyer, file you a lawsuit

I'll smile in the courtroom and buy you a wardrobe 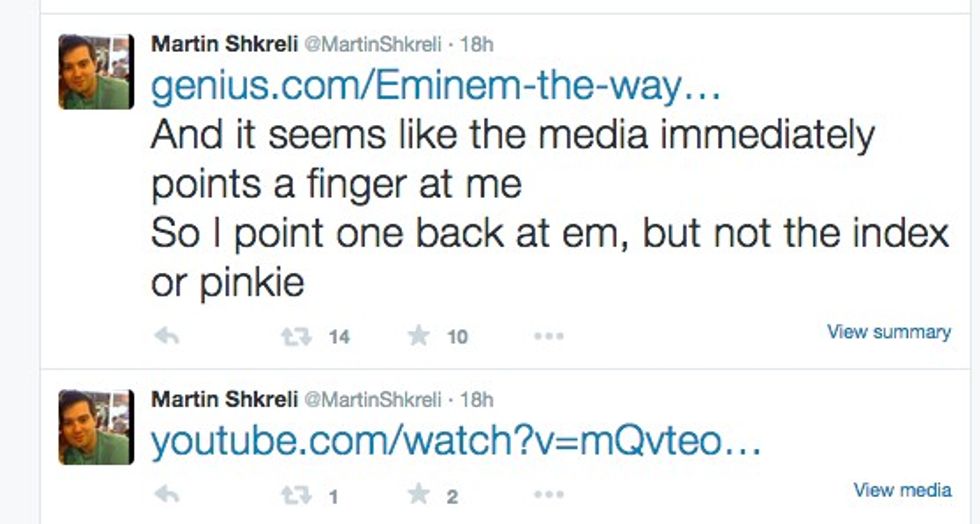 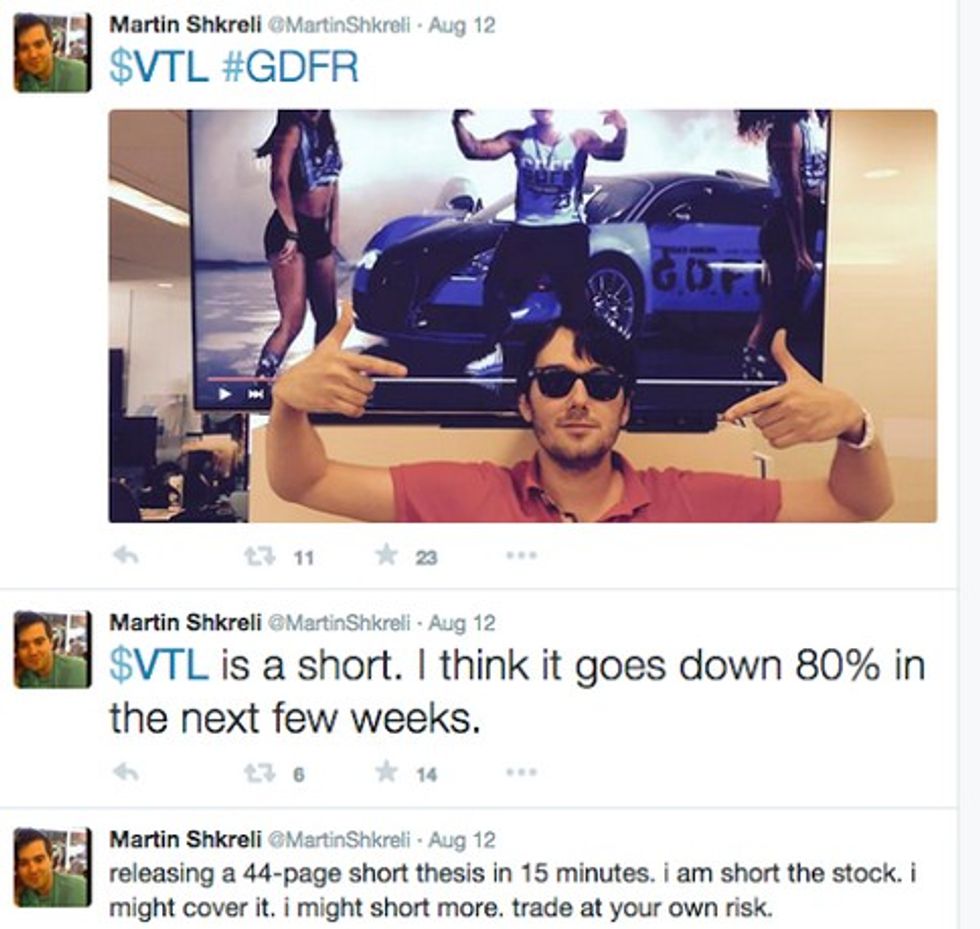 (3) Retweets of other people’s tweets which praise him as "god" and attack his critics as "jealous" and more. 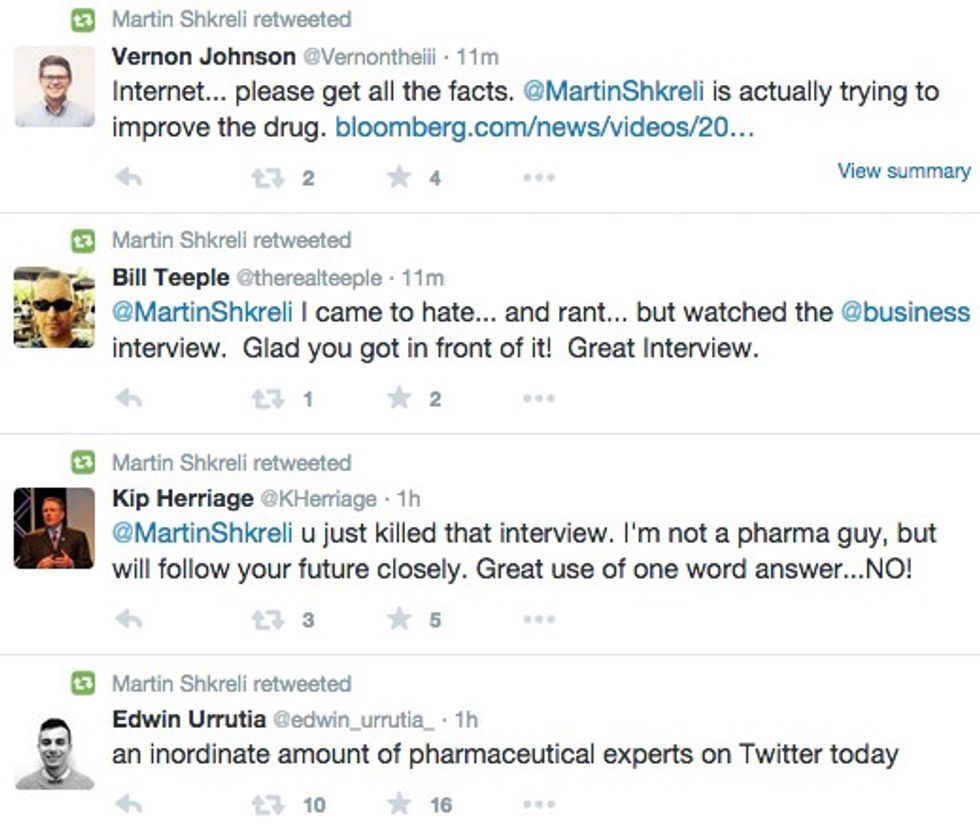 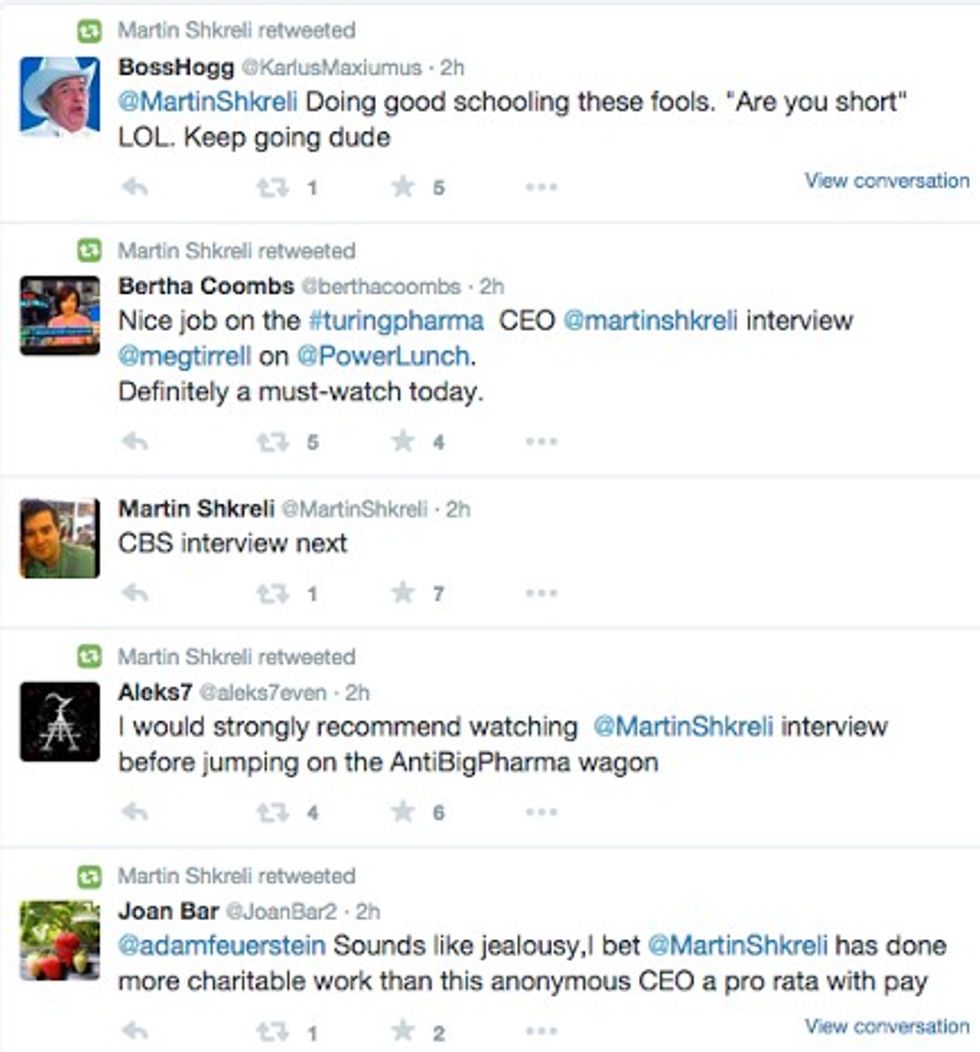 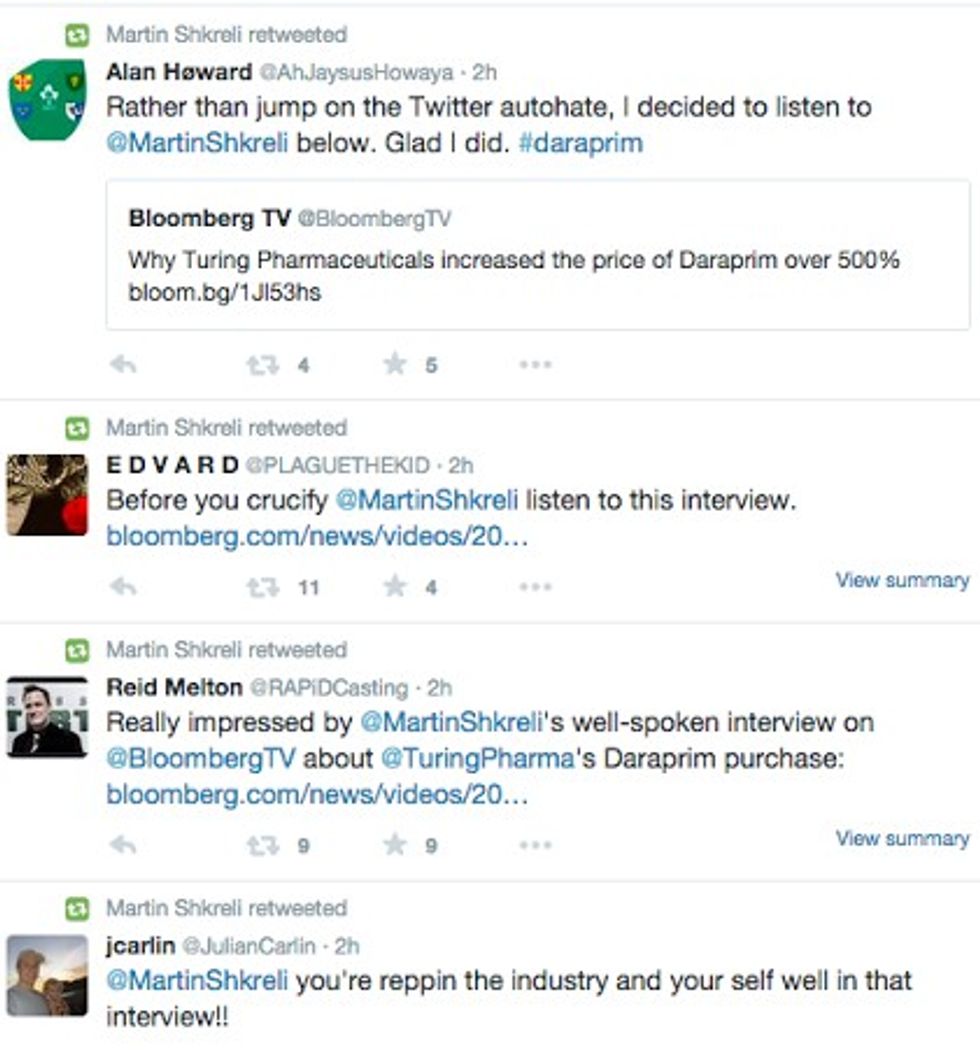 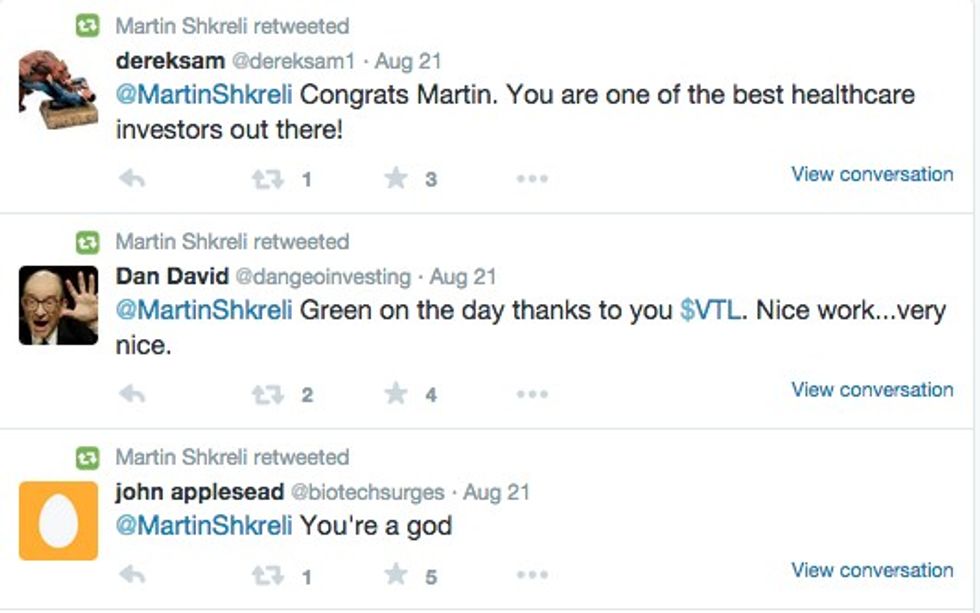 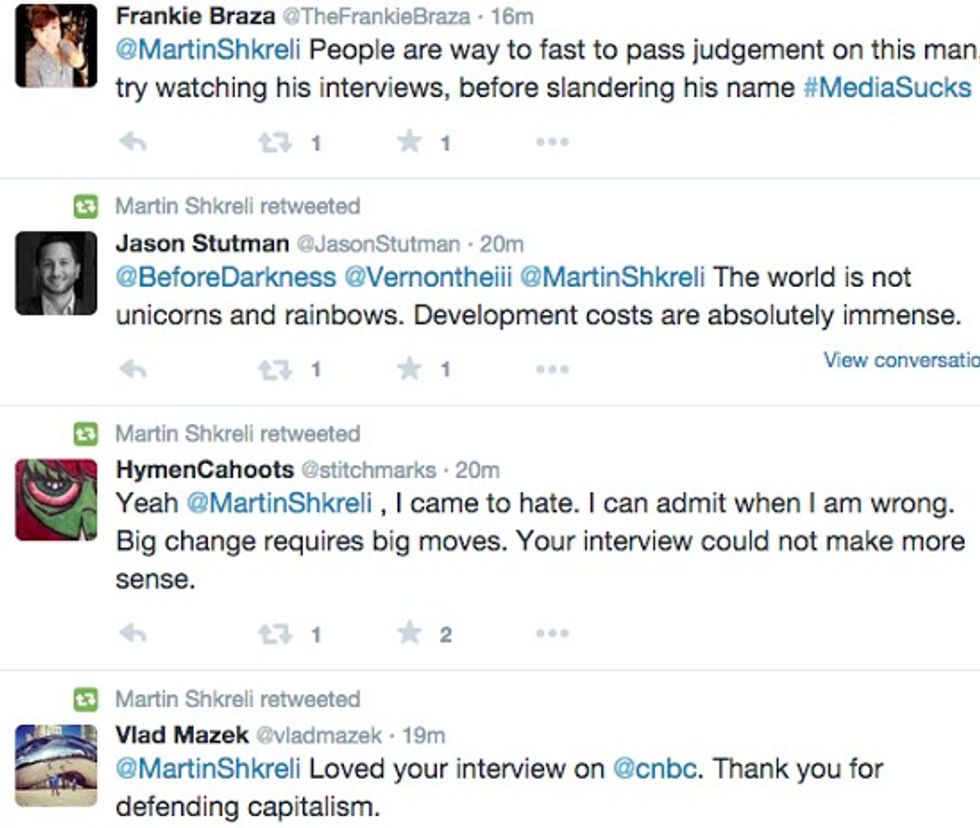 Sadly, we'll never know what logic Mr. Shkreli was using, as the tweet this praise was in response to has since been deleted. 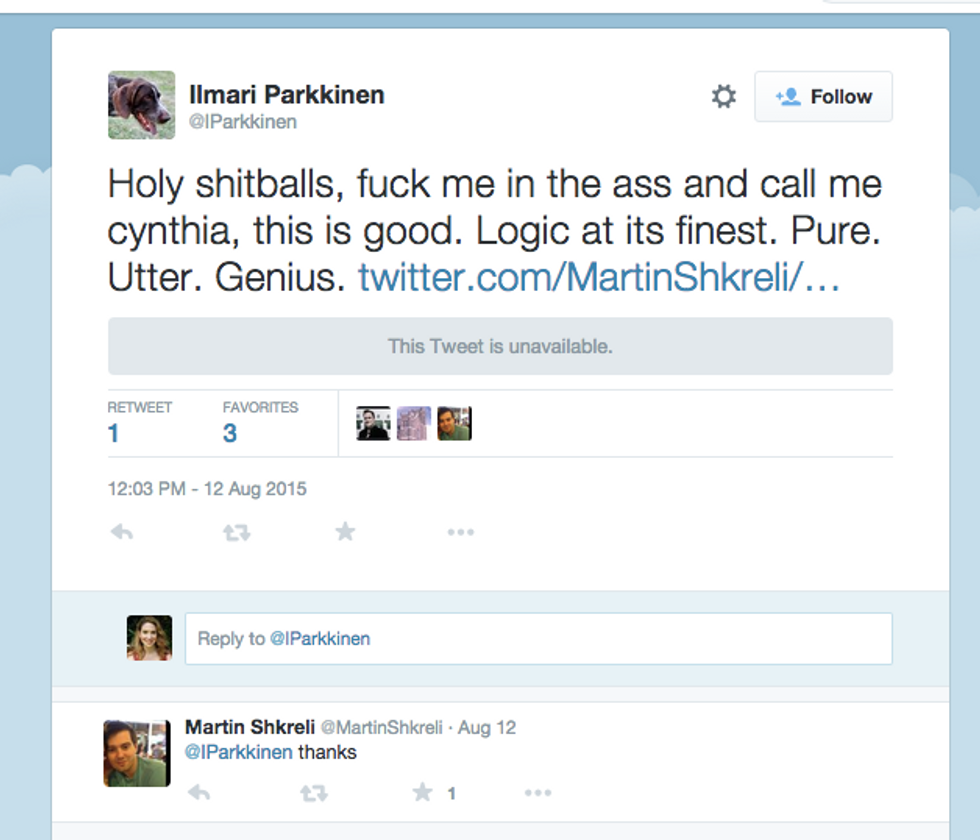