‘This is our park’: Iowa Christians protest removal of cross-shaped war memorial 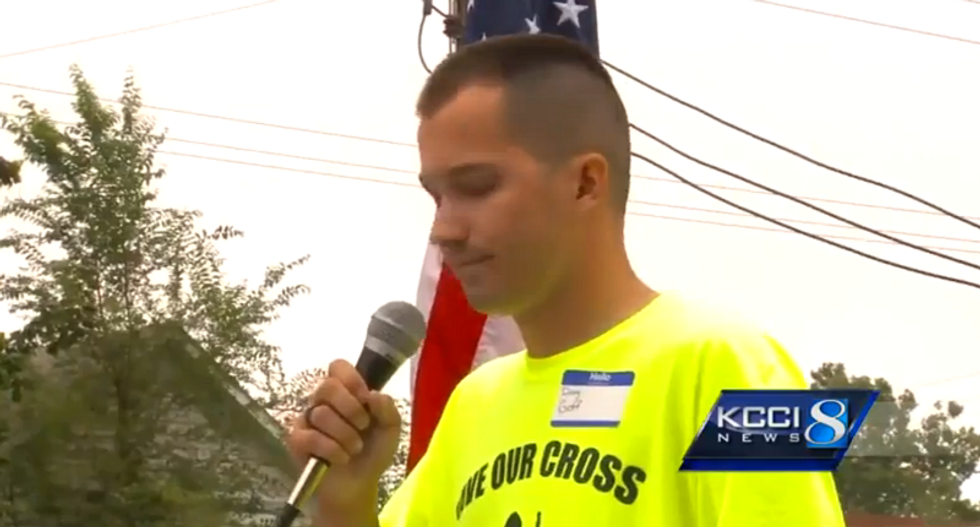 A group advocating the separation between church and state is requesting a veteran's memorial featuring a Christian cross be moved from an Iowa public park, sparking a passionate response from the surrounding religious community.

The memorial shows the silhouette of a man kneeling in front of a cross. The Americans United for Separation of Church and State doesn't think it belongs at Young's Park, reports KCCI. Vietnam veteran Al Larsen created it to represent the Normandy American Cemetery in France.

"I don't have words," Larsen said to KCCI before growing too emotional to continue the interview.

The memorial has become another front in the cultural battleground between the country's devout Christians and pluralists that want to uphold the Establishment Claus of the Constitution.

"This is our park," organizer Doug Goff told the rally crowd, adding, "If we give in to that, if we take it down, what else will they come in and tell us to take down?"

A spokesperson for Americans United for Separation of Church and State told KCCI since the memorial is on government property, it must be all-inclusive and not favor one religion over the other.

Watch the report, via KCCI, here: