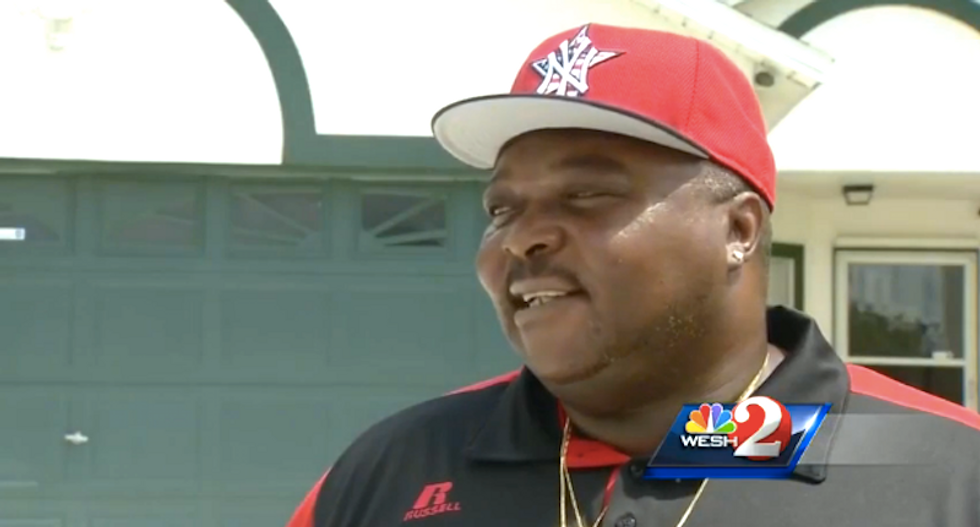 Vandals used chemicals to burn a racial slur into a black Florida man's lawn -- and he suspects he knows the "cowards" who did it.

The homeowner said he was both angry and embarrassed by the vandalism.

"I feel like this is a threat to me and my family, so I'm not too happy about it," Gordon said. "You can see them slowing down when they go by my house, so everybody's just driving by and reading it."

Gordon said he's pretty sure he knows who the vandals are, but he said police told him the case would be difficult to solve without a confession.

"I have a feeling of who done it," Gordon said. "It's like a group of them, and I leave them to God."

Gordon said he has a surveillance camera, but it was not turned on at the time.

"I'm a big guy, so they're not going to come to me and say that," Gordon said. "They did it like the way they did it, behind my back and at night."

If the vandalism is classified as a hate crime, the suspects could face a higher level of misdemeanor charges and enhanced penalties.

"I feel that they're a coward, because if they have an issue with me, it's just best to come and speak to me, and not take it to a level as this," he added.

In the meantime, Gordon is having new sod laid in his front yard.