WATCH: Anti-gay evangelist gets smacked down on national TV -- and it's beautiful 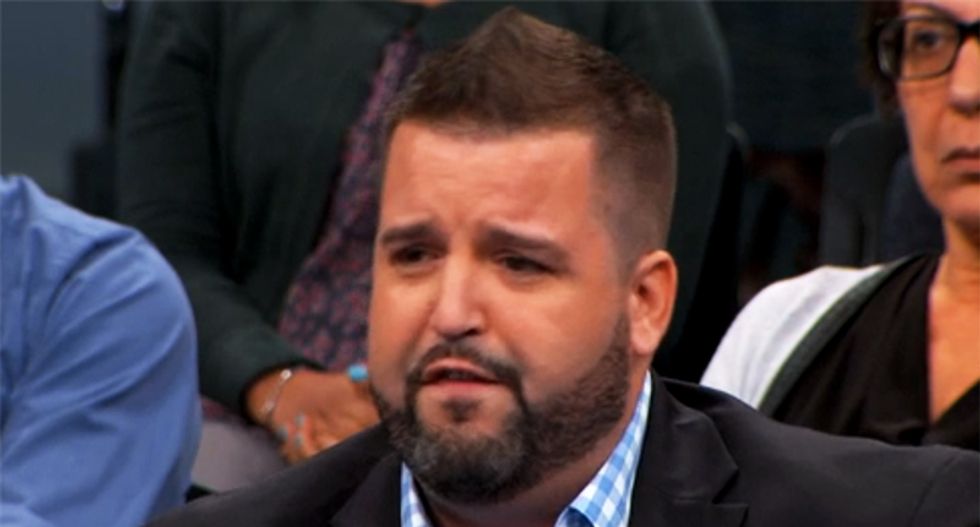 An anti-gay Christian pastor known for his belligerent on-line rants found out what is like to be in front of an audience who can respond to his face and discovered it's not too much fun.

Appearing on the CBS show The Doctors, pastor Josh Feuerstein attempted to explain his understanding of "gender" as he sees it from his Christian perspective, however the panel and the studio audience weren't having it.

Feuerstein was invited on the show along with Mikki Willis -- a dad who became famous after a video of him celebrating with his son over picking out a Little Mermaid doll went viral, racking up over 3.5 million views on YouTube. Feuerstein, in turn, attacked Willis over his dad skills and, on the show, the two had a respectful but sharp confrontation.

Feuerstein lamented the fact that the U.S. has become so "politically correct" that retail giant Target eliminated separating toys by gender.

"When Target has to remove from their shelves any sort of idea that a toy is meant to boy or meant to be girl --" Feuerstein said before being interrupted by a guest co-host who said, "Good, good. As somebody who studies children and works with them in schools I know that if we can nurture children for who they are they will find their own paths."

Host Dr. Travis Stock jumped in later and cut right to the chase.

"I think it comes down to this," he explained. "You right as a parent, you do shape your children. But there is a big difference between telling you children to stay from, say, drugs, don't drink and drive, and picking out a mermaid doll. So, my issue is... I understand your ideology. I get it. And everyone can have their own choice in life, in terms of what ideology they follow," only to be interrupted by Dr. Lisa Masterson.

"Let me say one thing," she said. "You cannot mold someone's sexuality."

Feuerstein returned once again to defending traditional gender roles --to boos from the audience -- only to be stopped dead in his tracks by plastic surgeon Dr. Andrew Ordon, who said: "Guess what? I played with my sister's dolls and her doll house and now look at me."