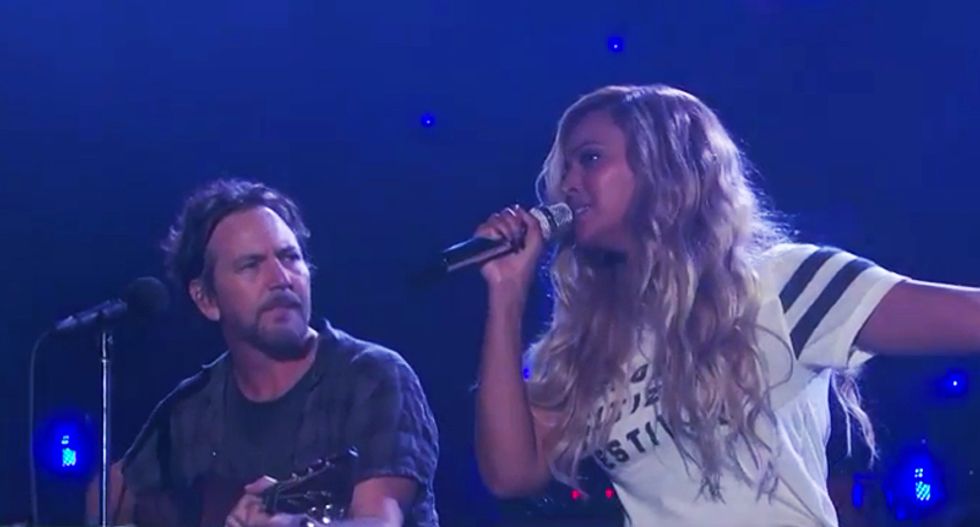 In support of Global Citizen -- an initiative to combat extreme poverty and inequality around the world -- a star-studded cast made appearances, but none shone quite a brightly as the unlikely duo of Beyoncé and Vedder.

Performing with only an acoustic guitar, the two traded verses, before a video clip of the late South African President Nelson Mandela was shown on the big screens explaining how he grew up in extreme poverty.