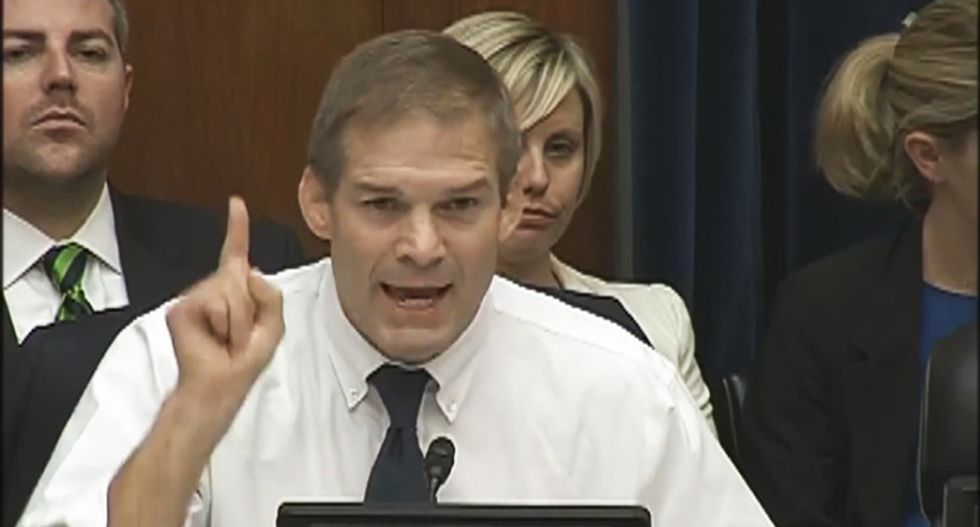 In a badgering and bullying performance that would have made House of Un-American activities interrogator Roy Cohn proud, a Republican congressman from Ohio interrupted the head of Planned Parenthood 19 times in five short minutes in a hearing on Tuesday.

Richards was invited to appear to answer questions about the highly-edited Planned Parenthood videos created by the anti-choice  activists to force lawmakers to shut off funding to the healthcare providers that mainly serves low income women.

When Ohio Rep. Jim Jordan had his opportunity to perform for the cameras, he wasted no time going after Richards and bullying her over a statement she made immediately following the release of the first edited video.

Referring to Richards' statement where she said, “This is unacceptable, and I personally apologize for the staff member’s [ Dr. Deborah Nucatola] tone and statements,” Jordan demanded to know which statements she was apologizing for.

"Ms. Richards, if the videos were selectively edited, heavily edited, if this was entrapment, if this was all untrue, why'd you apologize?" Jordan began.

Five seconds into Richards' explanation, Jordan made the first of 19 interruptions he would make over the next five minutes, continually raising his voice and talking over the healthcare executive.

“That she, in my judgment, had a clinical discussion ...” Richards said, before being interrupted by Jordan.

“Which statements were you apologizing for?” Jordan asked.

“It was really the situation she was in,” Richards said.

Richards repeatedly explained that she meant that Nucatola's comments were "inappropriate in a clinical setting," with congressman badgering her in an ugly way, demanding she recall comments made by Nucatola that were not true -- a claim Richards has never made.

Watch the video below uploaded to YouTube by Rep. Jim Jordan.