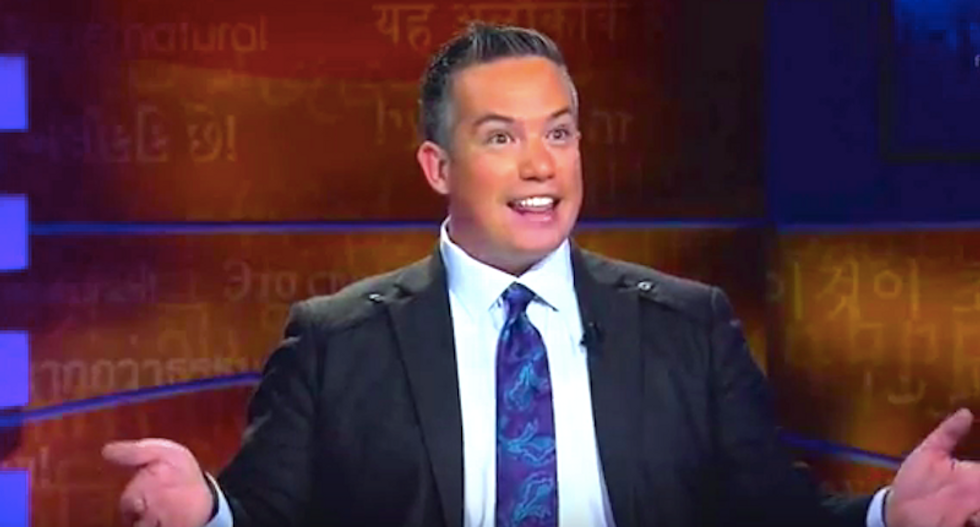 Some ministers of the "prosperity gospel" preach that God literally showers them with gold dust.

Joshua Mills, a Christian recording artist and pastor, described one of these allegedly supernatural experiences on "Sid Roth's It's Supernatural" with an unintentionally hilarious video re-enactment.

"It happens on occasions -- it's just God's glory," Mills explained. "There was three people standing on that elevator and they were watching me -- they literally saw me come on the elevator, no gold. The next thing they know, I'm covered with gold. They don't know what's happening, but they start freaking out, and they're shouting and screaming and making all these sounds, and I'm standing there, like, thinking, what am I going to say?"

"The next thing I know, the elevator door closes behind me, and I realize these people are on for the ride whether they like it or not," Mills said.

Mills, who ministers with his wife to the entertainment industry through "SpiritSpas" operated by New Wine International in Palm Springs, said God showered him in gold dust to grab the attention of those elevator passengers.

"I said, 'This is a miracle from God, because Jesus loves you,'" Mills said.

The pastor and aspiring actor said all three of those skeptical passengers -- who had each just passed by a street preacher without stopping -- decided to become Christians after seeing him showered with gold dust.

"All three of them ended up giving their hearts to Jesus as lord and savior by the time we got to lobby level," Mills said. "It was that easy."