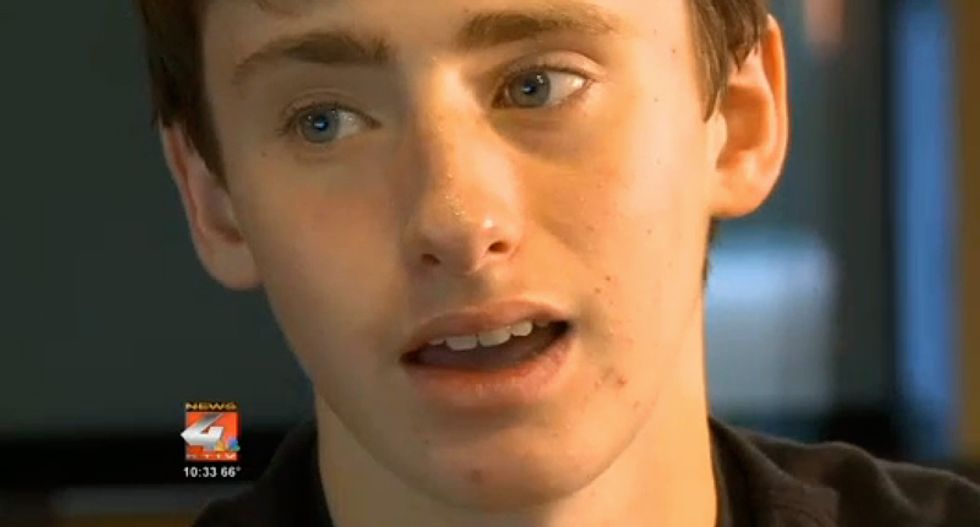 The 15-year-old behind the Internet sensation "Deez Nuts", Brady Olson, has given his first sit-down interview with a local affiliate KTIV's Sam Curtiss and has some rather refreshing views for a teenage troll.

"Hopefully, [my joke] paved the way for more than a two party system," Olson said earnestly. "In Canada they had a debate for the Prime Minister election and they used a four-party debate." He supports voting rights in overseas territories and his position on immigration, while quite reactionary, is light-years more nuanced than any of the GOP field, especially hothead and proto-fascist Donald Trump.

Though he supports a "wall to keep out" undocumented workers he also supports creating a pathway to citizenship for the ones who are already here.

Why should we care about the political positions of a 15-year-old troll? We shouldn't really, except that when a random practical joking kid from Iowa is making more sense than most of the GOP field, it should serve as a stark reminder of how far gone the party has become.