WATCH: Virginia cop instructs black man to turn his back -- then Tasers him for no reason 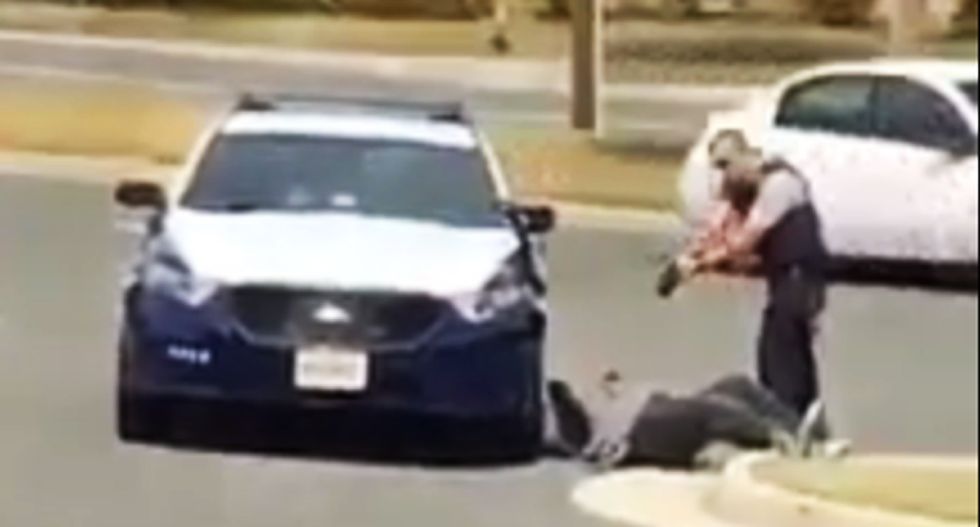 Fairfax cop stands over black man he Tasered from behind - Screenshot

A Virginia police officer is under investigation for Tasering a black man during a stop without provocation, WUSA9 is reporting.

In a video posted to Facebook, that officer can be seen aiming his Taser at the man and instructing him to turn around and place his hands on the police cruiser.

Once the man complies, the officer then Tasers him, causing him to scream and crumple to the ground as the officer stands over him still aiming his weapon and yelling at him to roll over.

An onlooker can be heard yelling at the cop, "What'd you do that for?"

According to the man who shot the video, the cop had no reason to use his weapon.

“A gentleman just happened to be walking down the sidewalk and the cop pulls up in front of him and tells him to turn over [sic].  And as soon as he has his back turned toward him, he Tasers him. He didn’t see it coming,” he told Fox 5. "He told him to turn around. He turned around he complied. And boom he popped out his Taser and he shot at him.”

The Fairfax Police Department issued a statement saying, "The facts and circumstances which led to the deployment of a electronic control weapon" are being investigated.

The man reportedly was stopped for theft and has been charged with grand larceny.

Neither the officer nor the suspect were identified.