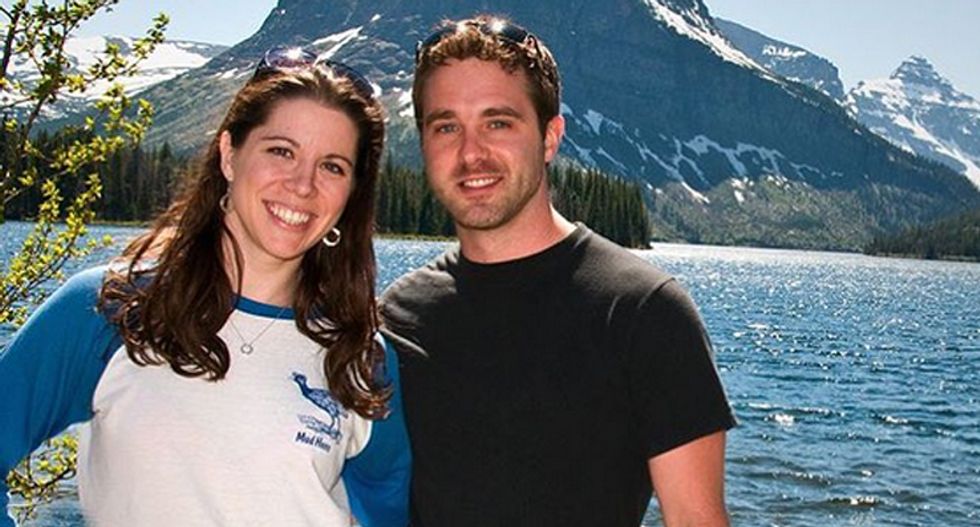 Jacob Thomas Brewer, 34, a policy adviser in the White House Office of Science and Technology Policy, died Saturday in a tragic cycling accident while participating in a cancer research fundraiser, the Washington Post has reported.

Brewer was the husband of frequent Fox News guest and conservative columnist Mary Katharine Ham and the father of an infant girl. According to Ed Morrissey at Hot Air, Ham is pregnant with their second chld.

According to the Post, Brewer was participating in the Ride to Conquer Cancer and lost control of his bike when rounding a corner, colliding with an oncoming car. According to police, riders had been warned that the course was open to traffic.

On Instagram, Ham, a popular and frequent guest on The O'Reilly Factor, posted an announcement that she had lost "part of my heart and the father of my sweet babies."

"His life was his testimony, and it was powerful and tender and fierce, with an ever-present twinkle in the eye. I will miss him forever, even more than I can know right now. No arms can be her father's, but my daughter is surrounded by her very favorite people and all the hugs she could imagine. This will change us, but with prayer and love and the strength that is their companion, we can hope our heartache is not in vain-- that it will change us and the world in beautiful ways, just as he did," she wrote. "If that sounds too optimistic at this time, it's because it is. But there was no thought too optimistic for Jake, so take it and run with it. I will strive and pray not to feel I was cheated of many years with him, but cherish the gift of the years I had."

President Barack Obama issued a statement saying, in part: “I am heartbroken at the tragic loss of one of my advisers, Jake Brewer. We set out to recruit the best of the best to join their government and help us harness the power of technology and data to innovate new solutions for the 21st century. Simply put, Jake was one of the best. Armed with a brilliant mind, a big heart, and an insatiable desire to give back, Jake devoted his life to empowering people and making government work better for them."