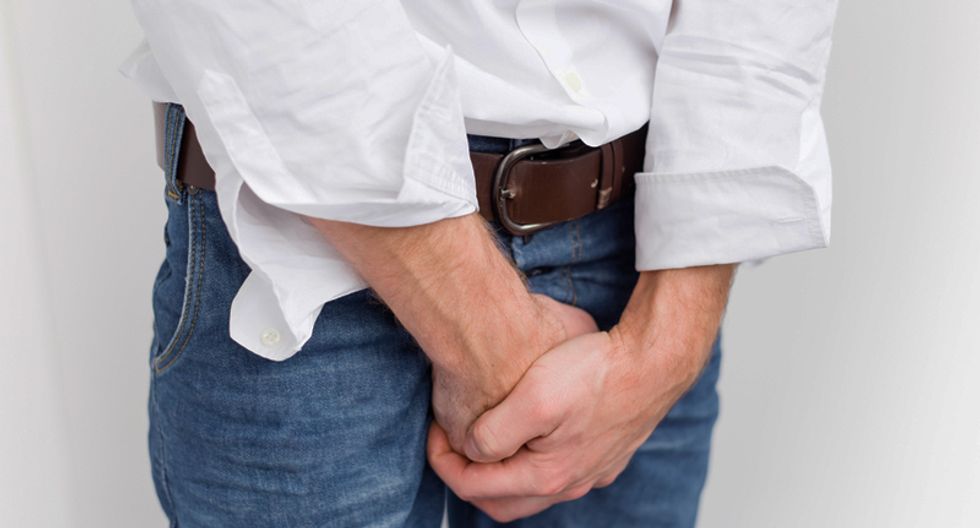 A South Dakota man is currently in custody after telling police officers he was shot in the penis by a "black guy" when he actually shot himself while attempting to purchase a gun illegally, reports the Argus Leader.

Convicted felon Donald Anthony Watson, 43, was admitted to a local emergency room late at night on Sept. 6  for a gunshot wound to his penis, and told local law enforcement that he had been shot during a botched robbery.

According to the arrest report, Watson said he was shot by “a black guy (who) tried to rob” him while he was taking out the trash at his apartment.

Investigators who went to Watson's apartment said there was no evidence of a shooting outside, but neighbors told them they heard screaming coming from his apartment earlier in the evening.

After obtaining a search warrant, officer entered his home and found blood, bullet fragments, and an empty gun case.

Pressed by police, Watson admitted that he made the story up and was looking at a handgun he was thinking about buying and placed it in his pocket where it went off, with the bullet hitting his genitals.