'You are the kind of student we want': MIT surprises Ahmed Mohamed during live interview 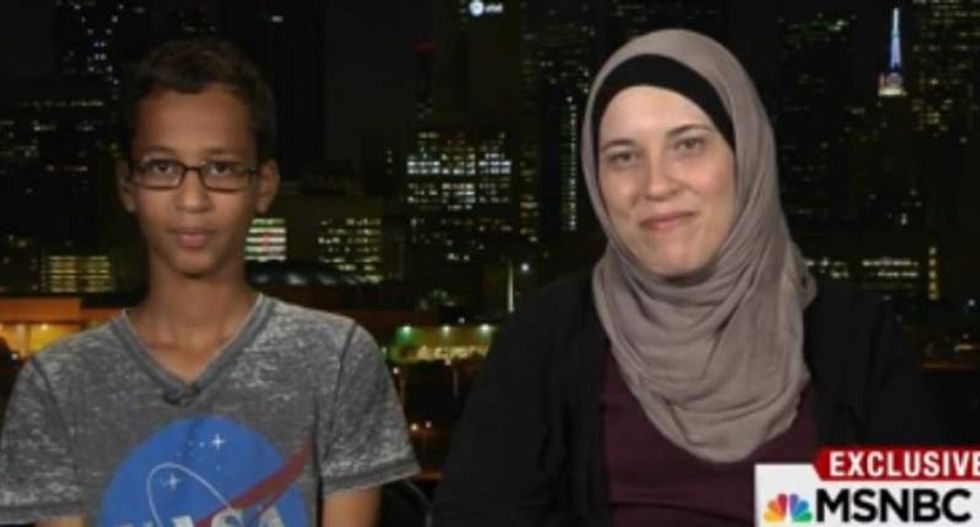 MSNBC host Chris Hayes had a pleasant surprise for Ahmed Mohamed, the 14-year-old Muslim teenager who was arrested at his high school in Irving, Texas after officials determined his homemade clock could be a "hoax bomb."

Hayes brought in astrophysicist Chanda Prescod-Weinstein, who works for the Kavli Institute for Astrophysics and Space Research and the Department of Physics and the Massachusetts Institute of Technology, which Mohamed has described as his "dream school."

"I just want to say, you are my ideal student," Prescod-Weinstein told the teen. "A creative, independent thinker like you is the kind of person who should be becoming a physicist. As a theoretical physicist, I would love it if you took an interest in the mathematical side, although you're clearly very adept with your hands and at building things."

She then extended an invitation for Mohamed to visit MIT and get a tour of the Kavli Institute and the school's Center for Theoretical Physics. She added that her former advisors at Harvard also wanted him to take a tour of their astrophysics facility.

"You are the kind of student we want at places like MIT and Harvard," she said.

Hayes then asked his young guest if he would take the school up on the invitation.

Mohamed, who has also received invitations to visit the White House and Facebook in the wake of his arrest, said during a press conference earlier in the day that he was looking to transfer out of MacArthur High School, where he was picked up by police on Tuesday.

Watch the conversation, as aired on Wednesday, below.