Irving police chief admits: Cops knew Ahmed Mohamed didn't have a bomb when they arrested him 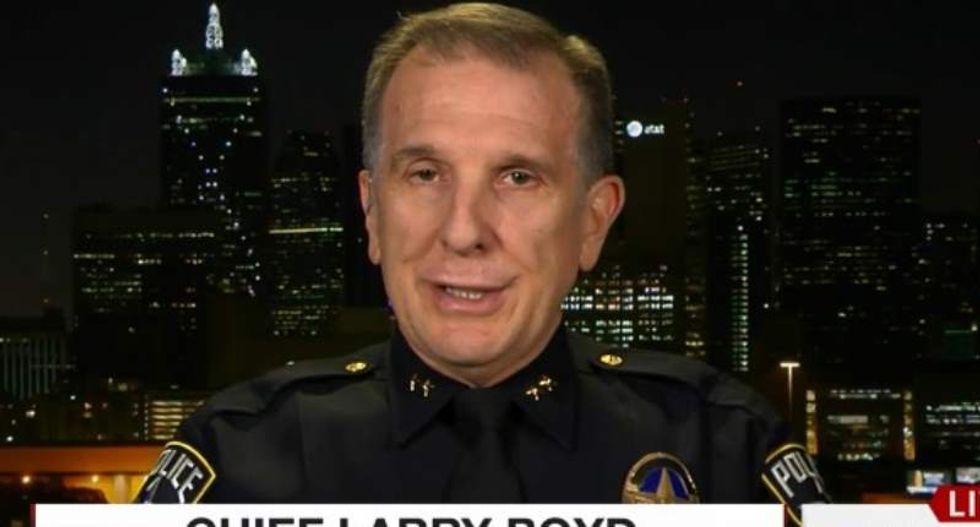 Irving Police Chief Larry Boyd refused to say on Thursday that his officers erred in arresting 14-year-old Ahmed Mohamed on Monday even though they allegedly knew he did not bring a bomb to his high school.

MSNBC host Chris Hayes gave Boyd the opportunity to admit to a mistake, while conceding that people understood that officers need to be on high alert regarding possible attacks against a school.

However, Hayes said, "I think it's hard for folks watching this from the outside, seeing this all link up, seeing this kid -- who seems like a tremendously poised, bright, genuine kid -- be put through this. To not hear from anyone in officialdom down there that 'Yeah, we didn't get this one right.'"

"The officers made the decision they did with the information they had with what they thought was right at the time," Boyd responded. "We are clearly going to review this. We want to always look at ways we can enhance and have a better outcome. There's a lot of decision points, there's a lot of alternatives that they have available to them."

Mohamed was taken out of MacArthur High School in handcuffs on Monday after being accused of making a "hoax bomb" and bringing it to school.

While the community's anti-Muslim mayor has also defended his arrest, the freshman quickly gained support online as well as from both President Barack Obama's administration and the academic world.

Hayes pointed out that, despite the allegations against the teen, no bomb squad was called to the MacArthur campus, nor was the campus evacuated.

"Once it's determined that this is just a clock or just a piece of electronics, why then the arrest and all of that?" he asked Boyd. "That's very hard for folks to understand."

"I get that. I understand the concern," the chief responded. "The officers pretty quickly determined that they weren't investigating an explosive device. What their investigation centered around is the law violation of bringing a device into a facility like that that is intended to create a level of alarm. In other words, a hoax bomb -- something that is not really a bomb, but is designed and presented in a way that it creates people to be afraid."

"Right, but he never called it a bomb, right?" Hayes countered. "He just kept calling it a clock. I mean, it never came out of his lips, he never did something or started showing it around saying, 'Look at this bomb I have.' He said, 'Look at my clock.'"

"There definitely was some confusion and some level of information that didn't come out immediately," Boyd said, adding that in many cases, someone who would make a "hoax bomb" would not be likely to admit to doing so to police.