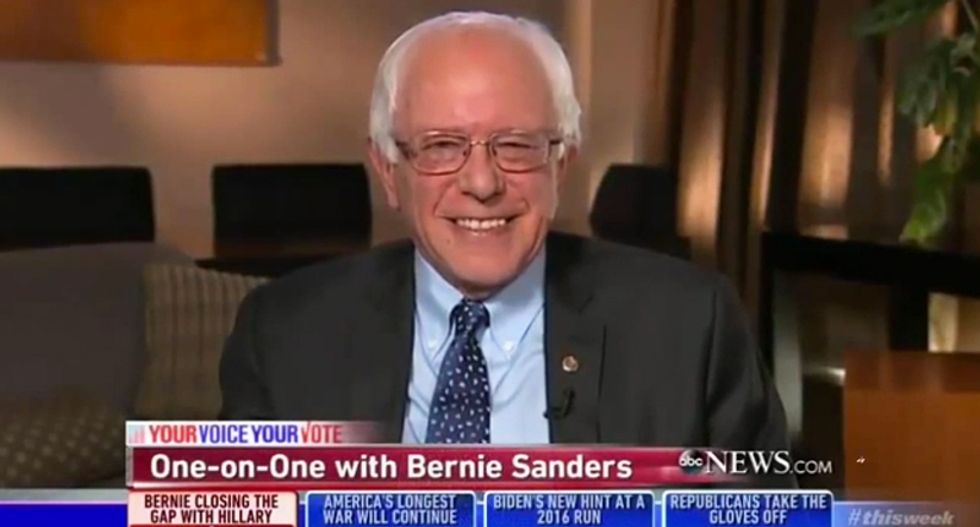 A laughing Bernie Sanders on ABC's This week - screenshot

Speaking on ABC's This Week, Sen. Bernie Sanders (I-VT) reviewed Larry David's impersonation of him on the Saturday Night Live recreation of the Democratic debate and said he'd like to have David at his next rally.

David's hilarious take on Sanders took the country by storm last night and Sanders seemed as amused by it as everyone else.

After George Stephanopolous shared clips of David playing Sanders on the late night comedy show, he asked the presidential candidate, "He seems to have nailed you. What do you think?"

"I think we'll use Larry on our next rally. He does better than I do," Sanders replied as the two laughed and smiled.