WATCH: SNL recruits Larry David to play Bernie Sanders kvetching at the Dem debate -- and he kills it 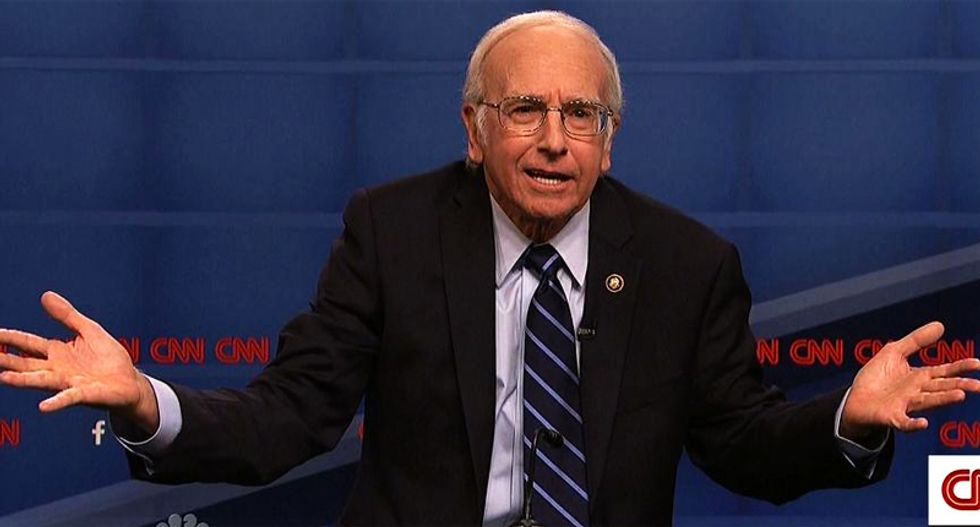 In a brilliant piece of casting, Saturday Night Live invited Seinfeld creator and Curb Your Enthusiasm star Larry David on to play Sen. Bernie Sanders for their opening bit on the Democratic debates.

Bernie Sanders loves Larry David’s impression and wants him on the campaign trail.

With Kate McKinnon reprising  her role as Hillary Clinton and frequent SNL host Alec Baldwin turning in a suitably intense Sen. Jim Webb continually complaining about his lack of speaking time, all five candidates were skewered with host Anderson Cooper referring to Clinton and Sanders as "the real candidates" and the others as "those people."

Clinton introduced herself by way of saying, "I think you're really going to like the Hillary Clinton that my team and I created for this debate. She's warm, but strong. Flawed, yet perfect. Relaxed, but racing full speed toward the White House like the T-1000 from Terminator."

Given his chance, David did a star-turn as Sanders, with political speechifying degenerating into old man complaints about using e-mail, banks that chain the pens to the desks, drying underwear on the radiator, and "why are the podiums so short, where are you supposed to put your elbows?"

"We need a revolution," he exclaimed while flailing his arms. "Millions of people on the streets. And we gotta do something and we gotta do it now!" before waving his hands and and saying "Meh" in disgust and surrender.