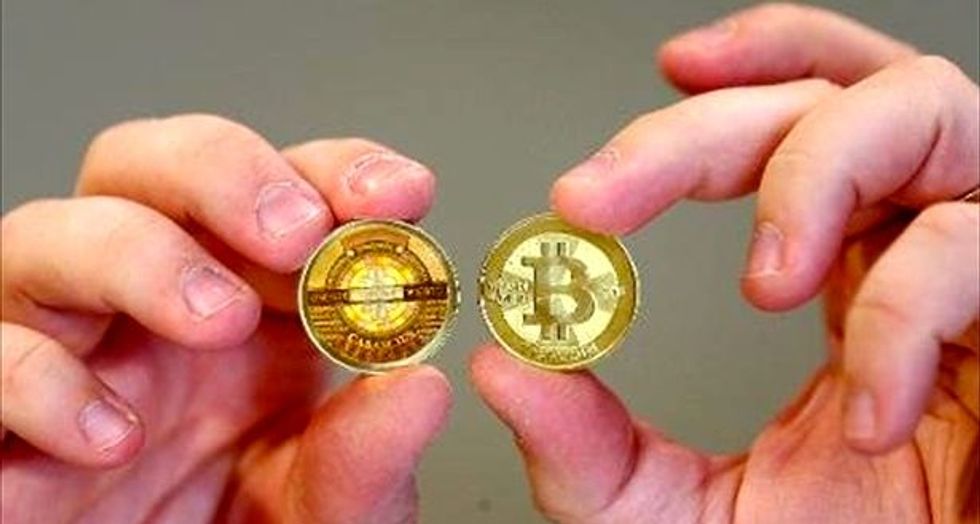 The head of collapsed Bitcoin exchange MtGox was facing fresh embezzlement charges Wednesday, as Japanese media said some of the allegedly stolen funds were spent on prostitutes.

Tokyo police said they had arrested France-born Mark Karpeles, 30, for moving 20 million yen ($166,000) in client money to his bank account, as he faces fraud allegations over the disappearance of hundreds-of-millions-of-dollars-worth of the virtual currency.

Japan's top-selling Yomiuri newspaper reported that the defunct firm's chief had spent an unspecified sum on prostitutes, while the Jiji Press news agency, citing police, said it involved "several women whom he met at venues that offer sexual services".

Karpeles was first arrested in August over claims he fraudulently tinkered with data and transferred funds to other firms controlled by him dozens of times between 2011 and 2013.

He was later re-arrested for allegedly pocketing about 321 million yen worth of Bitcoin deposits, extending an initial three-week incarceration allowed under Japanese law. It (Other OTC: ITGL - news) was not immediately clear if the latest charges involved money cited in the earlier allegations.

Karpeles' new arrest mean authorities can detain him for another several weeks, giving them further time to grill him over MtGox's demise.

The Tokyo-based exchange shuttered last year after admitting 850,000 coins -- worth around $480 million at the time, or $387 million at current exchange rates -- had disappeared from its digital vaults.

The company initially said there was a bug in the software underpinning Bitcoins that allowed hackers to pilfer them.

Karpeles later claimed he had found some 200,000 of the lost coins in a "cold wallet" -- a storage device, such as a memory stick, that is not connected to other computers.

MtGox, which once said it handled around 80 percent of global Bitcoin transactions, filed for bankruptcy protection soon after the cyber-money went missing, leaving a trail of angry investors calling for answers.

Bitcoins are generated by complex chains of interactions among a huge network of computers around the planet, and are not backed by any government or central bank, unlike traditional currencies (Other OTC: UBGXF - news) .