Body found in freezer may be missing Florida girl: police 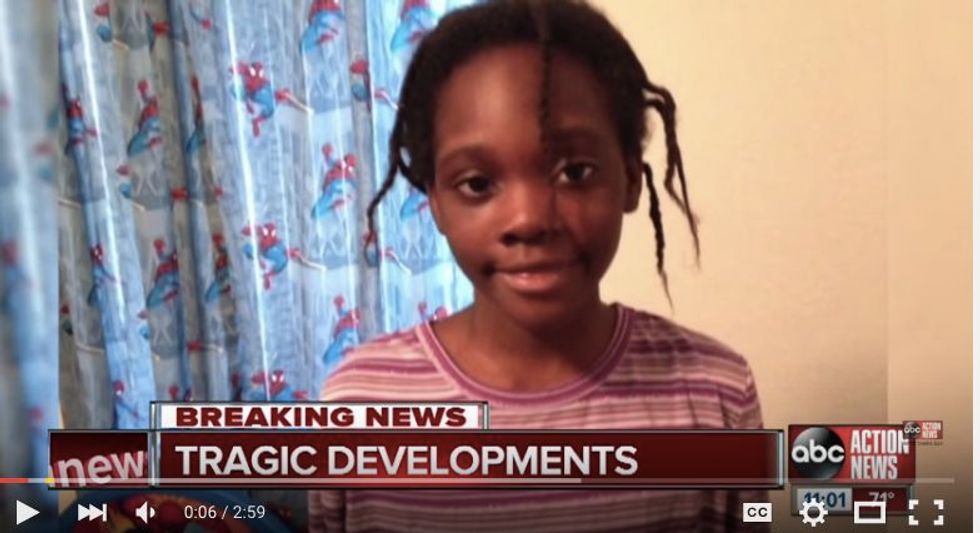 Police believe they have found the body of an 11-year-old Florida girl stuffed inside a freezer moved to the garage of the child's grandmother, authorities said on Monday.

Keishanna Thomas, 31, was jailed Friday after being charged with contempt of court for refusing to produce her daughter or tell a judge whether the girl was alive, James Racky, the Bradenton police spokesman, said on Monday.

"We definitely want to talk to the mother about who that might be in the freezer," said Racky, who described Keishanna Thomas as the prime suspect in the possible killing of the child.

The identity of the child in the freezer is pending a medical examiner investigation, he added.

He said police have determined the identity of a man who helped move the freezer to the grandmother’s house on Wednesday and hope he will be able to identify the body and explain why it was moved.

When Janiya’s grandmother and aunt heard a news report that the girl was missing, they broke open the locked freezer to find the body inside, Racky said.

The case began Sept. 23, when Janiya's brother, a 12-year-old boy, reported that his mother was abusing him, Racky said.

Child protective workers removed four children, between 2 and 15 years old, from the Thomas' home, and realized from previous work with the family that Janiya was missing.

Keishanna Thomas is also being held on an aggravated child abuse charge, according to jail records.

Janiya suffered from a digestive disorder that involved uncontrollable bowel movements, and her mother kept her in a bathroom, Racky said.