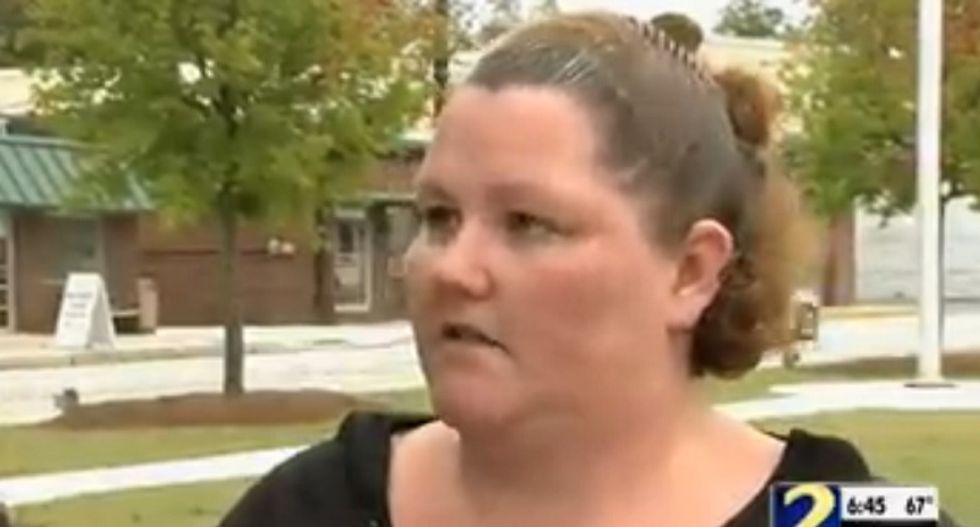 A conservative Christian organization is paranoid that public school children in Georgia are being indoctrinated into the Muslim faith by their curriculum on world religions.

The American Center for Law and Justice is up in arms because Georgia school children are being taught the differences between Christianity, Judaism and Islam. The Atlanta Journal Constitution reports that students have to learn about the cultures of the Middle East and be able to compare and contrast the world's three Abrahamic faiths.

At issue is a homework assignment in Walton County that points out that the "Allah" is, aside from the Arabic translation, the same God worshiped by Jews and Christians, which is true. Judaism, Christianity and Islam traditionally stem from the biblical character Abraham and share common texts and prominent figures.

"“Allah is the [blank] worshiped by Jews & Christians,” the assignment read. The correct answer is "same God," which is what the student wrote.

"This is outrageous," ACLJ wrote. "State education standards require education on Islam, not indoctrination into the religion. Rather than explain the history of world religions, schools are reportedly forcing students to learn the Five Pillars of Islam—the creed one must learn to convert—and teaching students that Allah is the same God worshiped by Christians."

Reporting by the Journal Constitution quotes parents who were scared that learning facts about Islam means their children were being indoctrinated into the faith.

"Like my daughter had to learn the [Shahada] and the Five Pillars of Islam, which is what you learn to convert," parent Michelle Kind told local Channel 2 Action News. "But they never once learned anything about the Ten Commandments or anything about God."

A spokeswoman for the Walton County Public School district said the district isn't doing anything new and is teaching the basics of comparative religion as required by the curriculum.

Some parents are complaining because they don't want their children exposed to Islam, but "if you’re learning about the Middle East, it’s very difficult not to teach about Islam,” district spokeswoman Kim Embry told the Journal Constitution.

Embry said the district hasn't changed its curriculum in 9 years and officials are surprised in the sudden attention.

"We are teaching the same stuff that everyone else is teaching," she said, adding her own son had similar lessons and he is now a senior in high school. She said the district has recently received phone calls from people from out of state who don't have children at the Walton County schools.

"Something needs to be done," fretted the ACLJ. "We at the ACLJ are working hard to investigate, expose, and end these unconstitutional practices, and are committed to fighting for the constitutionally protected rights of all public school students. We continue to receive contact from concerned parents and citizens. We are working directly with our clients—parents of students in local schools—and preparing to send out demand letters to these schools if necessary."

They added they will "not stop" until students' "constitutionally-protected rights have been restored," and referred readers to their booklet about "Shari’ah law’s threat to our constitutional freedoms."

Watch a report on the issue from Channel 2 Action News, here: