Donald Trump: There's a 'good chance' I would have stopped 9/11 because I'm tough on immigrants 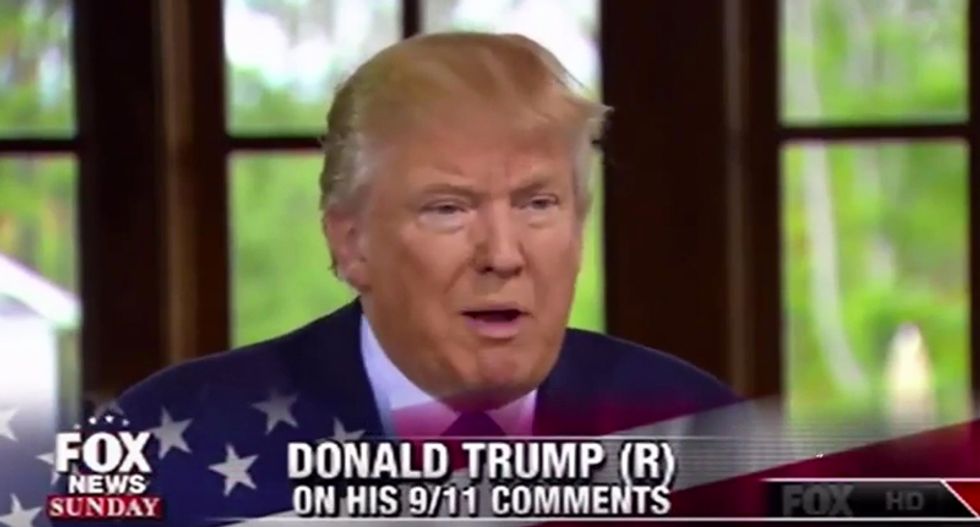 In a wide-ranging interview with Chris Wallace on Fox News, GOP presidential front-runner Donald Trump claimed that the attack on 9/11 might never have happened had he been president at the time.

After touching on multiple subjects including trade, loss of jobs, and scaling back government, Wallace asked Trump about his comments earlier in the week when he said, "the World Trade Center came down during [former president Bush’s] reign.”

Trump's comment drew the ire of Jeb Bush -- brother of the ex-president George W. Bush -- who called his comment "pathetic," adding that his brother "kept America safe" after the attack.

Trump took issue with Bush's comments, saying, "Look, look, Jeb said we were safe with my brother. We we were safe. Well, the World Trade Center just fell down."

He continued, "Now. Am I trying to blame him? I'm not blaming anybody. But the World Trade Center came down, so when he said we were safe, that's not safe.  We lost three thousand people, it was one of the greatest -- probably the greatest --  catastrophes ever in this country, if you think about it."

Asked by Wallace what he would have done, Trump turned to one of his favorite topics: immigration.

Trump went on to say that he doesn't blame former President Bush for 9/11, but added that he didn't want to hear Jeb Bush saying, "My brother kept us safe," before he added, "September 11 was one of the worst days in the history of this country."