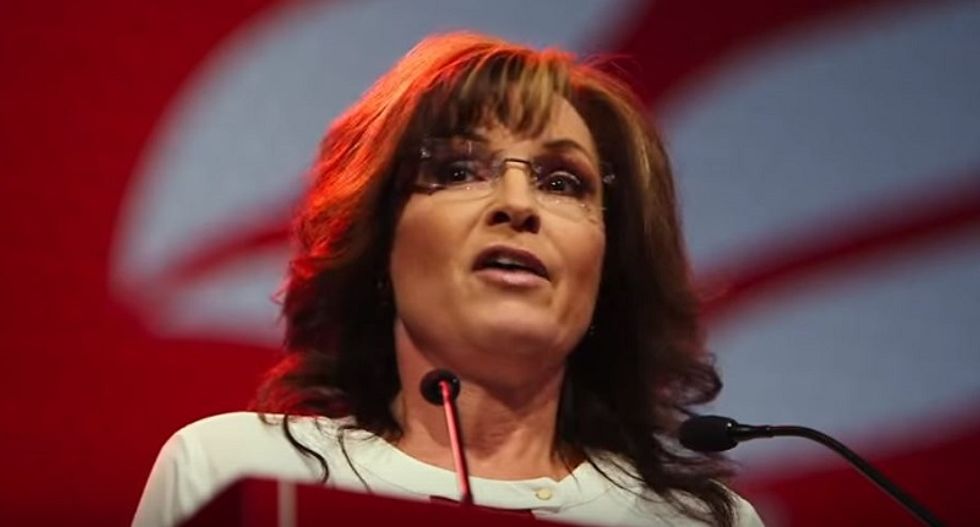 In a Christian documentary scheduled for release later this month, a pastor confronts the moral quagmire of a heavily pro-gun culture that is simultaneously pro-life.

The point is driven home by former GOP Alaska governor and vice presidential candidate Sarah Palin, who illuminates a rather strange version of a faith that many have characterized as pacifist and charitable -- a version that has nevertheless come to dominate right wing Christianity in the United States.

The documentary, "The Armor of Light," asks whether it's possible to be both pro-gun and pro-life, according to the website Addicting Info. The film follows Rob Schenck, "an Evangelical minister trying to find the courage to preach about the growing toll of gun violence in America."

In one scene, Sarah Palin tells a cheering National Rifle Association crowd not to waste ammunition on a warning shot.

In the clip, Palin warns about efforts to "strip away our Second Amendment rights."

"When pastors, preachers, bible teachers, ignore these questions, it creates a vacuum," Schenck says in a voice over. "And other voices fill that vacuum."

At this point Palin goes into a disturbing tirade about shooting first and asking questions later.

"Speaking of which, Joe Biden, remember this, telling women before an assault just to fire a warning shot," Palin tells the crowd. "Just aim up in the air, that was his directive...Gals, you know that nowadays, ammo is expensive. Don't waste a bullet on a warning shot."

Schenck says he wonders about the "ethical dimensions of having a constant, defensive posture."

The clip ends with Schenck pointing out, "And the gun is almost an invitation to give in to the temptation of fear. And fear should not be a controlling element in the life of a Christian."

Watch the clip from "Armor of Light," here: