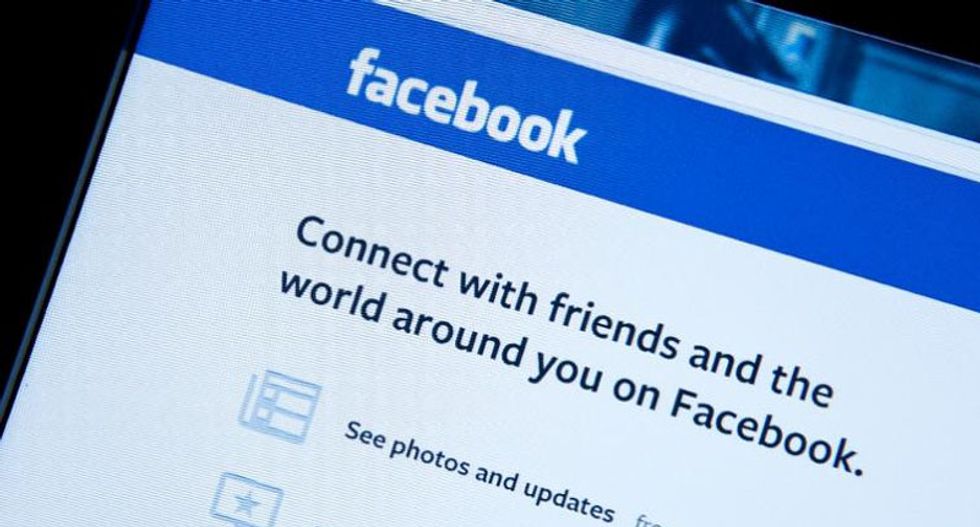 An Israeli NGO said Tuesday it was suing Facebook for failing to remove pages that encourage the killing of Jews, after a wave of attacks by Palestinians left nine Israelis dead.

Nitsana Darshan-Leitner, director of the Shurat HaDin organisation that filed the lawsuit in the New York State Court on Monday, said the claim holds the Internet giant responsible for the presence of posts that incite violence.

It calls on the company to remove more than 1,000 inflammatory pages and improve its monitoring mechanisms, but does not seek monetary damages.

"The same way they can tell what coffee you drink in the morning and push you ads or connect me with my friends that have similar hobbies, they can monitor these threats and take down the posts of encouragement and glorification of terror attacks," Darshan-Leitner told AFP.

Around 20,000 Israelis have backed the move in an online petition, but are not plaintiffs in the case, added the activist lawyer, whose group files legal actions it says are aimed at safeguarding Jewish rights.

One of the names on the list is that of US-Israeli Richard Lakin, put there by his family after he was shot and stabbed on a bus in East Jerusalem two weeks ago.

The 76-year-old succumbed to his wounds on Tuesday, making him the ninth Israeli to die in attacks since October 1.

His son Micah Avni Lakin told journalists his father was a keen user of social media.

"One of the things that comes out of the tragic, horrific event that happened to my father, is the need to rethink the way we look at social media,' he said.

"To be able to put on Facebook or Twitter specific instructions on how to slice somebody's chest straight open and cut their intestines, just like was done to my father... is just completely and utterly unacceptable," he told reporters, saying he had made the same point to UN Secretary-General Ban Ki-Moon during his recent visit.

"This lawsuit is without merit and we will defend ourselves vigorously," Facebook said in a statement to AFP.

"We want people to feel safe when using Facebook. There is no place for content encouraging violence, direct threats, terrorism or hate speech on Facebook," the statement said.

"We urge people to use our reporting tools if they find content that they believe violates our standards so we can investigate and take swift action."

Darshan-Leitner said she was confident the case would be a success.

Until now "people complaining about hate speech or incitement on Facebook could not prove that these incitements led (directly to) an imminent and realistic danger."

Fifty-six Palestinians and one Israeli Arab have been killed in the wave of violence, around half of whom are alleged attackers.

With no political movement appearing to spearhead the unrest, social media posts praising the attacks and encouraging them have been accused of stoking the violence.

One video, highlighted by Israel's ambassador to the UN, included a section showing the best spots on the body to stab someone in order to kill them.

The hashtag #Jerusalemintifada in Arabic has been widely shared online and videos of attacks and their aftermath are quickly uploaded.