Father of Oregon shooter rips US gun laws: 'How was he able to compile that kind of arsenal?' 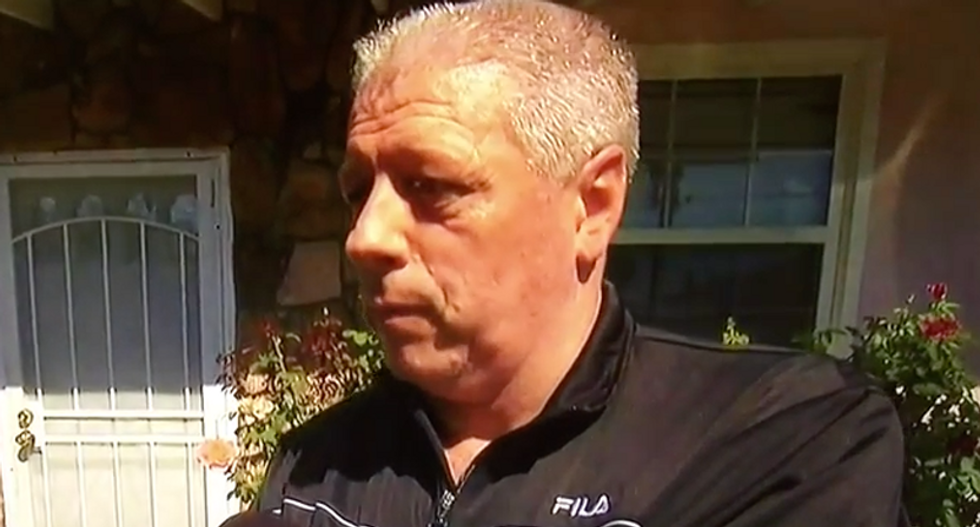 The father of the Oregon shooter who killed nine at Umpqua Community College in Roseberg blasted U.S. guns laws that allow citizens to buy unlimited amounts of weapons and ammo, saying the massacre "would not have happened" otherwise.

In an interview with CNN, Ian Mercer, the father of Christopher Harper-Mercer, was stunned to find out his son owned so many weapons. Harper-Mercer and his mother lived apart from his father after his parents divorced years ago, with Ian Mercer saying he hadn't seen his son since he moved from California to Oregon.

The father said he and his son had a good relationship and there was no “disharmony or any bitterness” between the two.

Saying his heart went out to the victims and their families, Mercer said gun laws in the U.S. need to be changed.

"How was he able to compile that kind of arsenal?” Mercer stated.

“It has to change,” he continued. “How can it not? Even people that believe in the right to bear arms, what right do you have to take someone’s life?”

"We talk about gun laws. We talk about gun control. Every time something like this happens, they talk about it and nothing gets done. I'm not trying to say that that's to blame for what happened, but if Chris had not been able to get hold of 13 guns, this wouldn't have happened," Mercer said.

According to authorities, Harper-Mercer owned 13 weapons -- six of which were found at the scene of the crime.

Douglas County Sheriff John Hanlin -- a pro-gun advocate -- previously told reporters that he didn't find it strange that someone would own that many weapons, saying: "In Oregon, this is a hunting state and firearms are possible in most households."

Mercer didn't address his son's mental health issues, but admitted, “Obviously, someone who goes and kills nine people has to have some kind of issue.”

Watch video of the CNN interview with Ian Mercer below: