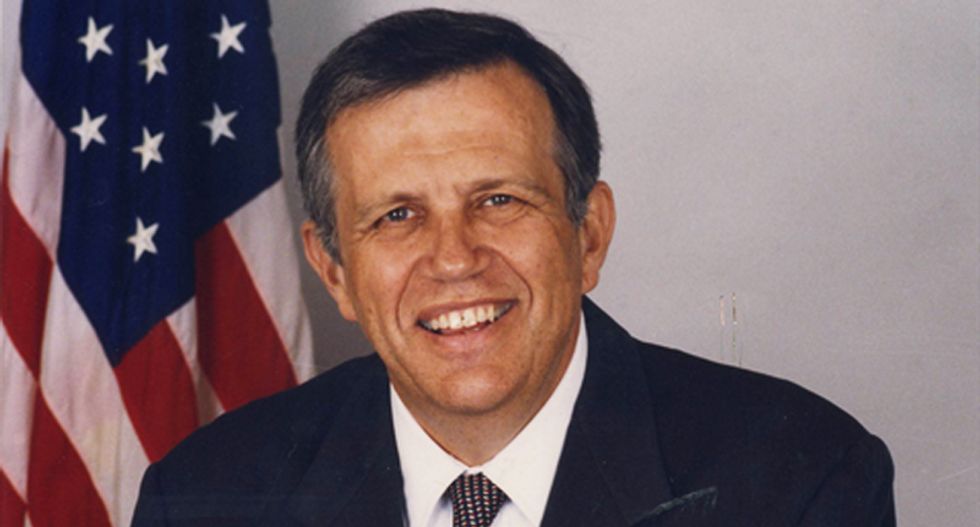 A former congressman whose name is attached to a 1996 bill banning federal funding for gun violence research says he regrets his role following the recent mass shooting at an Oregon community college last week.

Speaking with the Huffington Post, ex-Congressman Jay Dickey (R-AR), said of his bill, "I have regrets."

Dickey, who once described himself as the "NRA’s point person in Congress" in a New York Times opinion piece, says his move to ban the Centers for Disease Control from studying firearm ownership and its impact on public health was a big mistake and that we are paying for it now.

"I wish we had started the proper research and kept it going all this time," Dickey explained. "If we had somehow gotten the research going, we could have somehow found a solution to the gun violence without there being any restrictions on the Second Amendment. We could have used that all these years to develop the equivalent of that little small fence."

Believing the CDC was anti-gun, guns rights activists led by the NRA attempted to shutter the $46 million National Center for Injury Prevention in 1996 for looking at gun violence.  Failing to do so, Dickey, at the behest of the NRA, authored a bill that specifically stated, “None of the funds made available for injury prevention and control at the Centers for Disease Control and Prevention may be used to advocate or promote gun control.”

According to Dickey, his bill was misinterpreted by administrators, which left researchers unable to seek out the root causes of gun violence in the United States.

As Dickey, along with co-author Mark Rosenberg, wrote in the New York Times following the mass shooting in Aurora, Colorado that claimed 12 lives and wounded 70: "As a consequence, U.S. scientists cannot answer the most basic question: What works to prevent firearm injuries? We don’t know whether having more citizens carry guns would decrease or increase firearm deaths; or whether firearm registration and licensing would make inner-city residents safer or expose them to greater harm. We don’t know whether a ban on assault weapons or large-capacity magazines, or limiting access to ammunition, would have saved lives in Aurora or would make it riskier for people to go to a movie. And we don’t know how to effectively restrict access to firearms by those with serious mental illness."