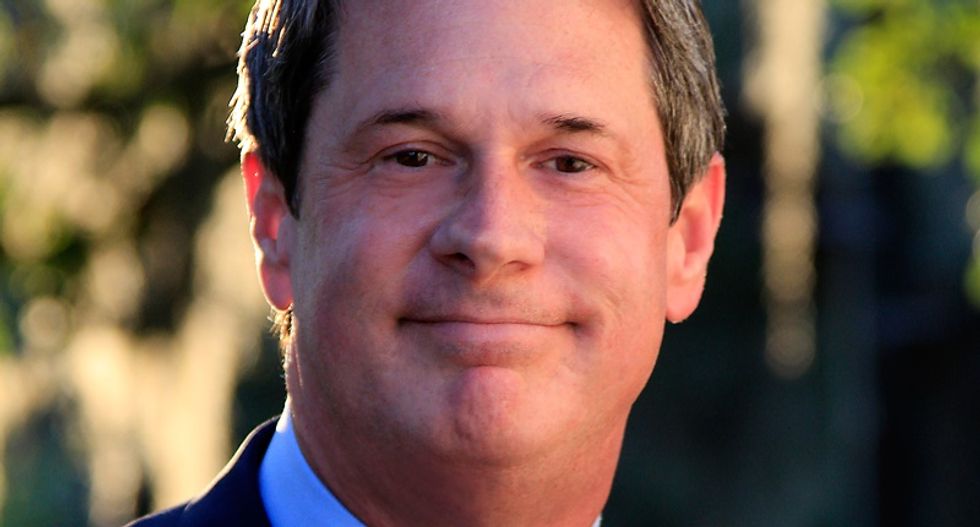 A sex worker who claims she had a long-standing relationship with married, family values Republican senator and candidate for Louisiana governor David Vitter dropped a bombshell accusation one week before voters go to the polls.

Wendy Ellis claims she had an affair with Vitter, he impregnated her and then asked her to abort the baby. Ellis says she did not, instead putting the child up for legal adoption, according to WDSU.

In a video interview by Jason Berry, who posted it to his American Zombie blog, Ellis said she maintained a relationship with Vitter for three years after meeting him when he was a state representative in the 1990s.

She said the two of them stopped seeing each other when she was six months pregnant, and she knows he was the father because she wasn't sleeping with anyone else at the time.

"But you can sit there, walk across the grassy knoll holding your wife and your children s' hand screaming family values," Ellis said. "But you want me to go abort my baby."

Ellis told Berry she wants to set the record straight because she has Lupus and is dying.

Watch Ellis talk about the pregnancy, as posted to American Zombie, here:

Ellis on how the relationship with Vitter developed:

Ellis on Vitter's denial of a relationship with her:

Ellis on what she would say to Vitter: