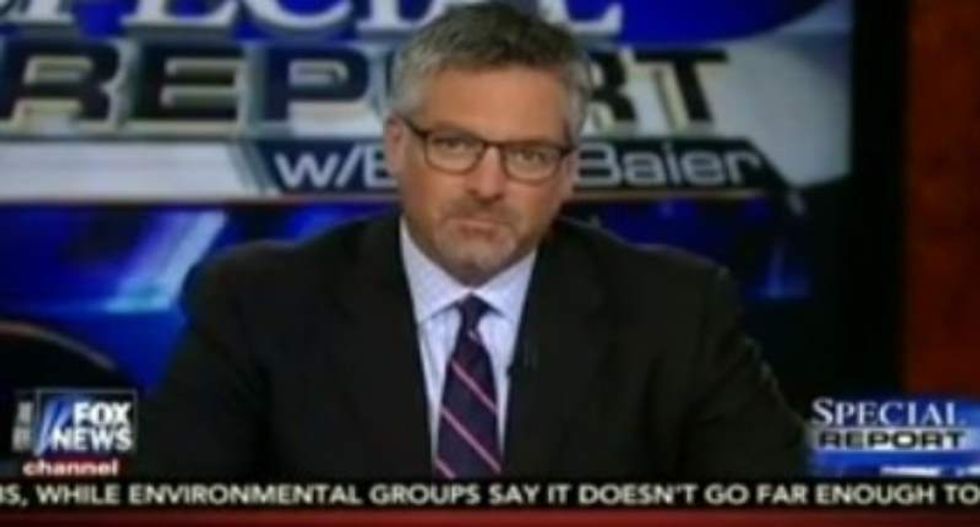 Conservative columnist Stephen Hayes argued on Thursday that President Barack Obama's remarks regarding the mass shooting at Umpqua Community College in Oregon were his attempt to avoid other issues.

"There were 50 shootings in Chicago over the weekend, for the second straight weekend in a row," Hayes told Fox News host Bret Baier. "Why didn't the president go out and make a statement then? I'm sorry. It's a very cynical thing to say. But you know, he has had an avalanche of bad news over the past 36 hours. And I think he is using this shooting to get out from under it."

As Reuters reported, Obama quickly responded to the shooting, which left 10 people dead and seven other wounded, by saying the country's "thoughts and prayers are not enough" in the wake of another massacre.

"This is something we should politicize," the president said at one point, which Hayes noted in an exchange with his Washington Post counterpart Charles Lane.

"To say that the president should speak out first on what's happening on the al-Nusra Front and so forth, as opposed to this," Lane said, alluding to Syrian fighters allied with al-Qaeda. "I do not think he spoke out today to distract attention."

"He's the one who said we should politicize this," Hayes responded. "Well, he did. I think that's what he did here. I think he's distracting attention from his other problems."

While the panel agreed that the president was "passionate" regarding gun safety, Fox contributor Charles Krauthammer criticized Obama for making his remarks while "the bodies are still warm and the wounded are now in surgery."

"It would be nice if he showed equal passion about the complete collapse of six-and-a-half years of policy in the Middle East and the abandonment and bombing of our allies on the ground," Krauthammer said.

Watch the discussion, as posted by Media Matters on Thursday, below.