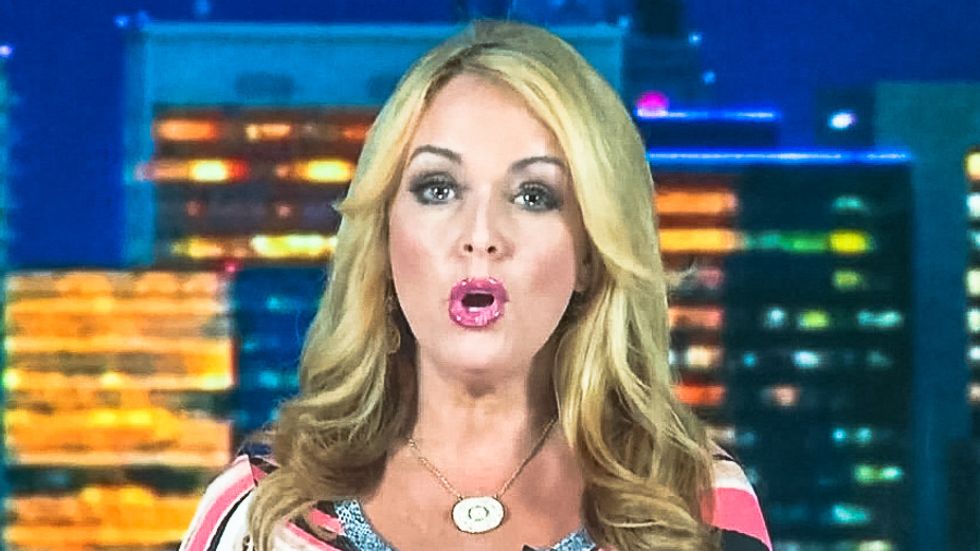 Fox News "psychology expert" Gina Loudon argued over the weekend that transgender inmates did not deserve to have sex reassignment surgery, and that doctors who recommended the procedure were "science deniers."

On Saturday's edition of Fox & Friends, host Peter Doocy noted during a segment called "Taxed to the Max" that California had become the first state to adopt a policy allowing sex reassignment surgery and mastectomies for inmates based on a set of specific guidelines.

Loudon, a tea party activist who became a reality star after she and her husband joined ABC's Wife Swap, insisted that it was "absolutely not" cruel and unusual punishment to withhold surgery from transgender inmates.

"And the science is on my side of this," she remarked. "I'm not sure why the other side is deciding to be science deniers now. Johns Hopkins University ended their program because they realized that people who go through with the sex change surgery have a 20 fold increase in suicide rates as opposed to those who don't."

Loudon was mostly likely citing a debunked interpretation of former psychiatrist in chief at Johns Hopkins Hospital, Dr. Paul McHugh, who claimed that a study launched in the 1970s showed that "suicide mortality rose almost 20-fold above the comparable nontransgender population" after reassignment surgeries.

Slate concluded that McHugh's "selective reading of the research on transgender experience and mental health presents a hugely lopsided picture of reality — a clear exercise in nudging the data to fit a preconceived bias."

But Loudon argued that it didn't make sense for a "bankrupt" prison system to treat transgender inmates with "what is essentially a plastic surgery that is very dangerous and playing with lives."

Nell Daly, a licensed psychotherapist, pointed out to Doocy that inmates who identified as women were placed at a disadvantage when they were housed in a male prison facility.

"You're 13 times more likely to be raped than someone from the general population in prison," Daly explained.

Loudon shot back that transgender inmates needed "a lot of therapy" in place of medical treatment.

"The fact of the matter is even if they have the sexual reassignment surgery, their chances of greater depression and suicide are so much higher," Loudon said. "Their chances of recidivism are so much higher that they're going to need additional psychological help anyway. So why not just give that to them instead and not risk their lives with an experimental program?"