#Gonnakillshit: Instagram posts reveal Arizona shooter was obsessed with himself -- and guns 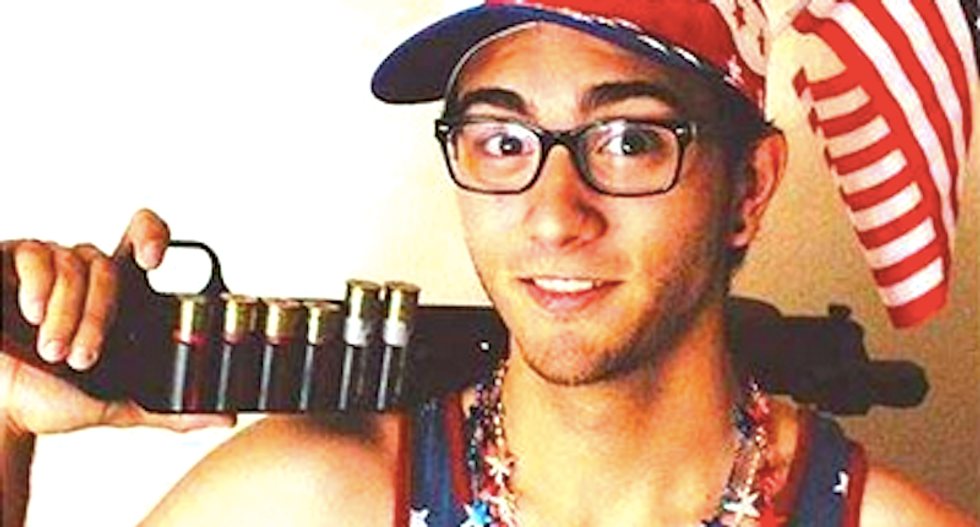 About two years ago, Steven Jones posted an Instagram photo of himself holding an MP5 rifle at a shooting range, captioned, "it's a full auto kind of day."

His friends teased him in the way that teenagers do, joking, "You're a turd," and punctuated with the "poo" emoticon -- but Jones corrected him.

Jones, now an 18-year-old college freshman, was arrested overnight in the shooting death of another Northern Arizona University student and the wounding of three others.

Colin Brough was pronounced dead at the scene, and three of his Delta Chi fraternity brothers -- Nicholas Prato, Kyle Zientek and Nicholas Piring -- were hospitalized with gunshot wounds.

Police said Jones and the victims were involved in a fight that broke out between two groups in a parking lot outside Mountain View Hall -- a residence hall where most of the university's fraternity and sorority members live.

Investigators aren't sure what led to the altercation, but police said Jones pulled out a handgun when the dispute turned physical.

"We had just left a party and were standing in the street getting ready to walk home when a guy walked up with a pistol and just started shooting," one witness told the Arizona Sun.

"I heard five or six shots and then my friends just tackled him," the witness said. "They got him really quick. We were leaving and it all happened on the sidewalk across from Mountain View."

Jones apparently shot dead Brough, a junior, before his fraternity brothers tackled the gunman, who shot three of them multiple times before he was taken to the ground.

The shooting suspect was taken into police custody a short time later, about 1:20 a.m.

"He didn't get a chance to hurt himself," the witness said. "I saw him in handcuffs when the cops came." 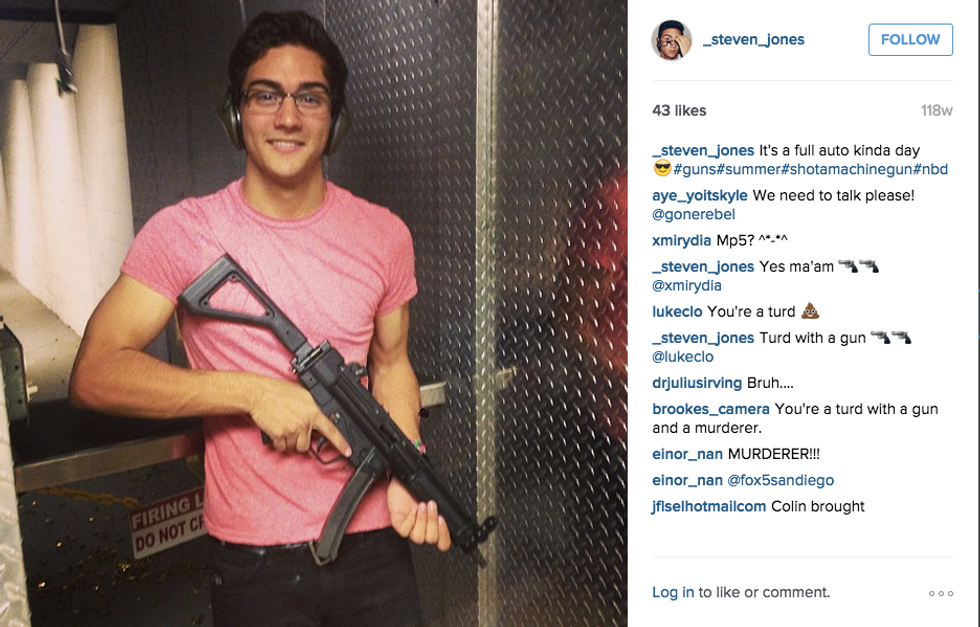 The shooting suspect's Instagram page reveals a fascination with selfies and guns.

One photos shows him carrying a loaded shotgun over his shoulder, wearing an American flag tank top and hat, with the caption "'Merica."

Another shows Jones and his father carrying rifles on a hunting trip, captioned, "In all seriousness, I couldn't have asked for a better dad. Happy Father's Day, everyone."

Another photo shows him posing with a Kalashnikov rifle. He captioned the photo: “In the woods alone with an ak47...#imadie #sosketch #watevs #gonnakillshit #guns #summer”

The overnight shooting happened one week after a gunman opened fire at Umpqua Community College on Oregon, killing nine people and wounding nine others before killing himself.

NAU police, however, attempted to draw a distinction between the two events, saying that the latest on-campus homicide was not a mass shooting.

"This is very different than the Oregon situation," said Christopher Anderson, of NAU police. "It appears this was not a targeting of campus."