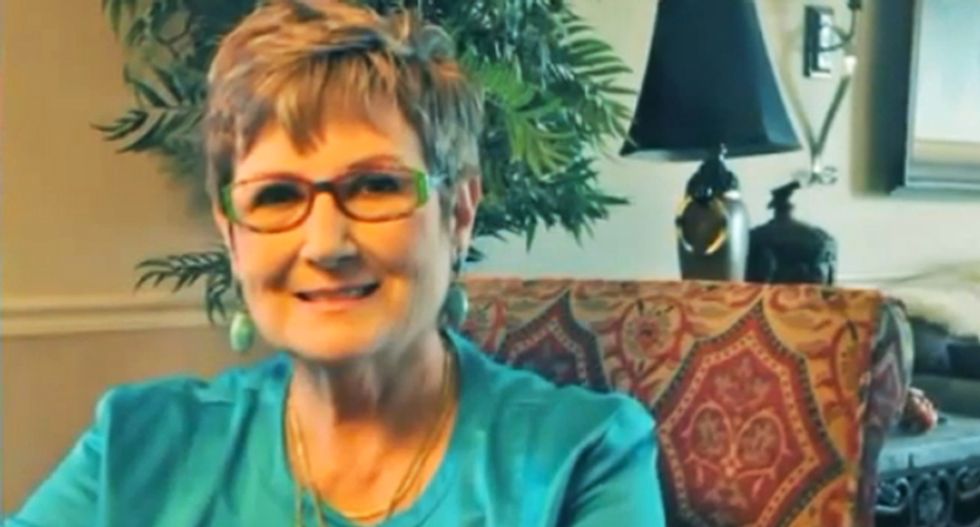 A former Republican candidate for Congress has admitted to a judge that she was the author of threatening letters she sent to herself during her campaign in 2013 and 2014, reports Sacramento news outlet Fox40.

Former Stanislaus County clerk recorder Karen Mathews Davis, who claimed she stood up to terrorists in the 1990s, admitted to federal authorities that she sent the threatening letters after she failed a polygraph test. She was arrested and charged in California on Wednesday. She was released Thursday after posting a $50,000 bond.

What concerns prosecutors is that Mathews Davis also claimed that Roger Steiner attacked and sexually assaulted her in her garage in 1994, resulting in Steiner being sent to a federal prison for 18 years.

According to former state and federal prosecutor Bill Portanova, the confession by Mathews Davis brings into question her accusations against Steiner who, to this day, maintains his innocence.

“And the intriguing part is the latest story that she admits is a lie sounds a lot like the first story that she testified to under oath,” Portanova said.  "Depending on how severe the lies are and whether or not they are directly related to sending an innocent man to prison, she could going to prison herself for many years."

During her run for Congress beginning in 2013, Mathews Davis claimed someone was threatening her if she didn't bow out of the race.

One letter she turned over to authorities read: “A close up shot to your head or to your husband will be final. You make the decision now to not run for congress.”

Mathews Davis was attempting to ride her notoriety as a foe to terrorism after having written the book about her alleged attack called, “The Terrorist in My Garage."

Now that has all been called into question with Portanova calling it a "prosecutor's worst nightmare."

"We don’t know yet whether or not an innocent man spent 18 years in prison,” he added.

The 67 year-old Mathews Davis has been released on $50,000 bond while law enforcement authorities investigate her previous accusations.

Watch the video below from Fox 40: