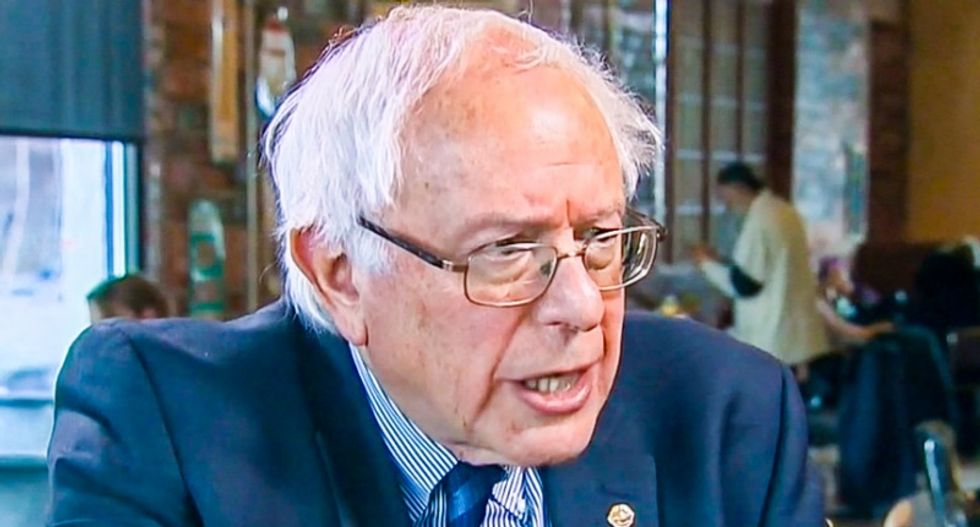 Bernie Sanders doesn't do negative campaigning. In his decades of public service, he has never run an attack ad.

He does, however, believe in challenging the views of his opponents. Throughout the course of the campaign, he has distinguished his own worldview from that of Republican presidential hopefuls. Here are some of his best “berns” of GOP frontrunner Donald Trump and other GOP candidates.

Trump has made bigoted statements on numerous occasions to bolster his presidential run, and by August, Sanders had had enough.

"I think Donald Trump's views on immigration and his slurring of the Latino community is not something that should be going on in the year 2015,” he said. “And it's to me an embarrassment for our country.”

When Dr. Ben Carson said a Muslim should not be president, Sanders condemned him.

Jeb Bush said that he didn't want to offer “free stuff” to African American voters. Sanders hit back on Twitter that this was “pathetic. @JebBush wants more tax breaks for his billionaire friends while cutting help for working people.”

Shortly after Bush's comments, Sanders summarized how his opponents seem to be avoiding the issues and just engaging in divisive hate by tweeting: “Can't @JebBush and the GOP run a campaign without attacking African Americans, Latinos, Muslims or other people?”

5. Going to Town on the GOP Debates

During the two GOP debates that have taken place so far, Bernie Sanders decided to live-tweet his own reactions to their remarks. Many of his responses had to do with how disconnected the debates were from the concerns of ordinary Americans: “Waiting, waiting, waiting. Will we hear anything about racial justice, income inequality or making college affordable?” Others had to do with poking fun at  frontrunner Donald Trump's lack of humility: “Trump. What a pleasant and humble person. Can't stop saying kind and generous things about his fellow Republicans.” And there was also his derision of their foreign policy views: “War, war, war. When do we get to their other major priority: tax breaks for billionaires?” His final tweet of the second debate, sent half an hour before it ended, had a bite: “Thank you all. I've had it. I'm going home. Talk to you soon.”

Sanders is known for running positive campaigns. But as his performance so far has shown, that doesn't mean he isn't willing to show Americans what's wrong with the worldview and actions of his opponents, and he has delivered some of the election season's most memorable Berns.