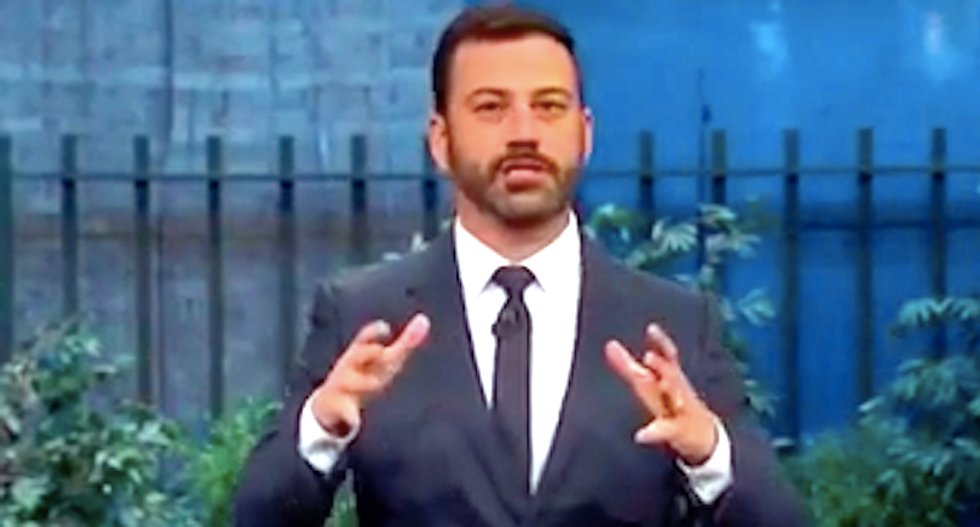 A campaign spokeswoman told Variety that Trump pulled out of the planned appearance due to a conflicting political obligation, but the candidate would reschedule once Kimmel's show returned to Los Angeles after taping this week in Brooklyn.

Kimmel joked about the cancellation during his opening monologue Tuesday night, and the crowd booed enthusiastically at the news.

“His people called and cancelled on us,” Kimmel said. “They were a little bit cryptic as to why he cancelled. They said he has a major political commitment — but he did want me to relay the message to you that if he was here, he would have been great.”

“I’m dying to find out what this major political commitment was," he said. "Usually, it means he had to go on CNN to call someone an idiot or something. Why did he cancel? We told him there were cameras here, right? Are Tuesday nights the night he volunteers down at the orphanage?”

"Don’t worry, we’re giving everyone in our audience a basketball dipped in cologne so you can fully experience what it would have been like if he was here,” Kimmel said.