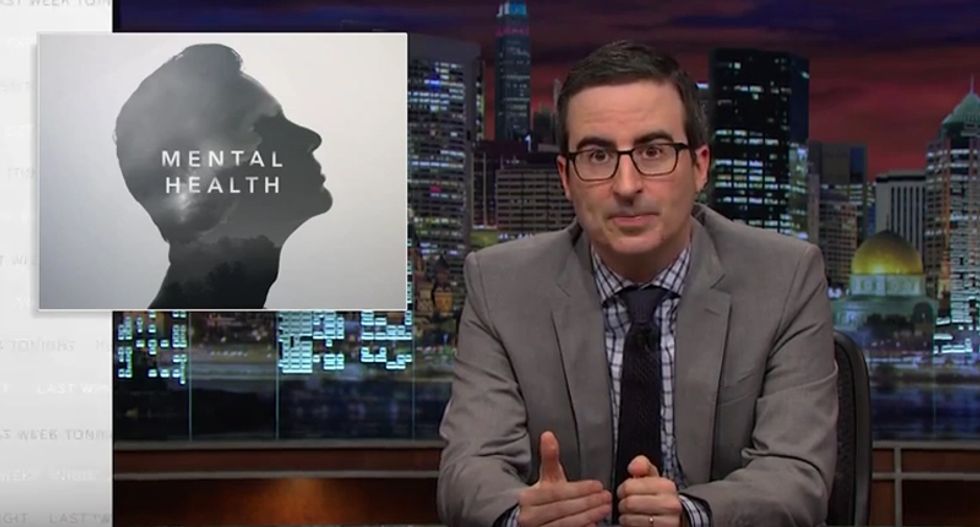 John Oliver ripped into Donald Trump, Ben Carson and Mike Huckabee on Sunday night for jumping on the mental health bandwagon in the wake of the Oregon shooting without even having the decency to have "a f*cking plan."

Describing mental health as a "topic we don't like to talk about," the host of Last Week Tonight shared clips showing the way in which we do talk about it using glib terms like "wacko, psycho, cray-cray."

Oliver then detailed the many ways in which mental health is underfunded in the U.S. as it becomes a growing concern every day.

But he saved his ire for politicians who immediately -- and opportunistically -- expressed concern for the deficiencies in mental health care system in the U.S. as a way to avoid talking about much-needed gun control following the Oregon shooting.

“Perhaps the clearest sign of how little we want to talk about mental health is that one of the only times it’s brought up is, as we’ve seen yet again this week, in the aftermath of a mass shooting, as a means of steering the conversation away from gun control,” Oliver explained. “It seems there is nothing like a mass shooting to suddenly spark political interest mental health.”

Ripping into the likes of GOP presidential nominees Trump, Carson and Huckabee,  Oliver challenged them to actually propose a solution for dealing with the issue.

“Okay, fine — do it then,” he stated forcefully. “Because, if we’re going to constantly use mentally ill people to dodge conversations about gun control, then the very least we owe them is a f*cking plan.”