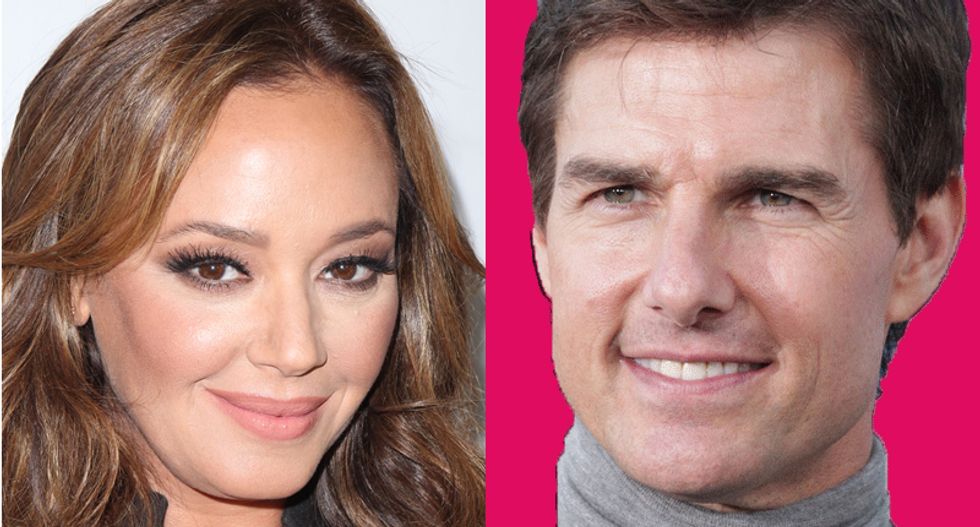 Appearing on ABC's 20/20, actress Leah Remini ripped into the Church of Scientology for its focus on Tom Cruise, saying the actor's actions were "bringing the church down," which helped lead to her eventual departure.

According to Remini, she was written up in church "knowledge reports" after she complained about Cruise's antics on the Today Show and Oprah.

"I’m saying, ‘I don’t think he’s becoming of a Scientologist, jumping on couches, and attacking Matt Lauer, and attacking Brooke Shields,’” Remini said. “Like… ‘What the hell is this guy doing?’ … we need to rein it in, we need to stop all this, and he just needs to be an actor.”

However, Remini later learned that any type of criticism of Cruise was treated harshly by high-ranking Scientology officials who were always on hand catering to his wishes.

Visiting Cruise's home at the request of a Scientology official, Remini saw Cruise being overly affectionate with his then-girlfriend Katie Holmes.

“He was, like, forcibly kissing Katie,” recalls Remini. “I said, ‘Hey, get a friggin’ room.’” According to Remini, one of the officials present wrote up a “knowledge report” on her that she was compelled to answer for in a church audit.

“If you say something critical to the church, you will be written up,” she says.

Remini also went into great detail about her life trapped within the church from the age of seven after her mother joined following a rough divorce.

Watch video below of Remini detailing her life as a Scientologist via ABC: