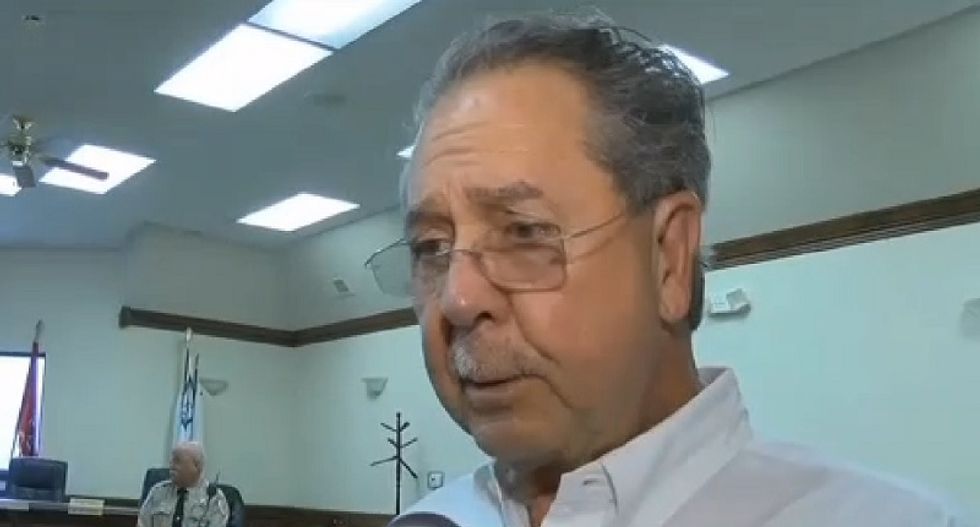 A Tennessee public official has taken to Facebook on Monday to make some troubling remarks about a gay high school student who was not allowed to bring his date to a school dance and the LGBT community in general, Towleroad reports.

Lance Sanderson, an 18-year-old student at Christian Brothers High School in Memphis, wanted to bring a same-sex date to the school's homecoming dance but school officials wouldn't let him do so. He took his plight to social media and launched a petition in hopes of changing their minds, all to no avail. As a result of his efforts, he was suspended this week because administrators said he brought the school unwanted media attention.

Clark Plunk, a Lakeland commissioner, went after Sanderson on Facebook while deriding the LGBT community as a whole. Here are his posts, typos included, via Towleroad:

It’s a Christian school so i you don’t like the rules don’t go there. As usual you have one person trying to change the rules just for himself. I’m told by the alumni the gay kid is looking for publicity. I hate the term gay. It makes them sound like they are happy and 'Gay' And they want to call people that criticize them homophobes to make them sound mean. As a whole, gays are mean, cruel spiteful people with an axe to grind.

The kids love the school a hate their school is in the limelight over a gay kid and his gay boyfriend….This is not about a homo and his rights it’s about a school that is loved by thousands and their memories and their right to keep their history and Christian values intact.

I would say let the little homo sue all he wants. The alumni of CBHS will meet him dollar for dollar and lawyer for lawyer. This is a threat to our values, our Christian values. Everyone shudders when the homosexuals say the word sue. They are vicious spiteful people.

On Tuesday, Plunk stood by his comments and also said he meant for them to be private because they were on his personal Facebook page.

“You know I said what I said. I stand by what I said and I was standing up for my faith and I still stand up for my faith," he told local WMC. "What I said, it was personal. It was on Facebook. It was supposed to be just a group of us talking about the situation at Christian Brothers."

Sanderson responded gracefully, according to Towleroad.

I have been shown a few intolerant comments that were made against myself and other LGBT people. I have nothing but forgiveness for the people who wrote or agree with these comments. I recognize that we all have different beliefs and were taught from varying viewpoints. I hope that individuals and the community as a whole will use this as an opportunity to learn about other people’s beliefs. I know that through education and acceptance, we will move forward as a stronger community.

Local LGBT activists responded angrily, noting that as a public official, Plunk represents members of their community in his jurisdiction and they pay taxes, which in turn pay his salary.

"People that he serves, pay his salary, and he’s making these hurtful, just dangerous comments,” Will Batts, the Executive Director of Memphis Gay and Lesbian Community Center, said to WMC. “Because we know there are plenty of studies that show that this type of speech is what causes harm to young people.”

Watch the report from WMC here: