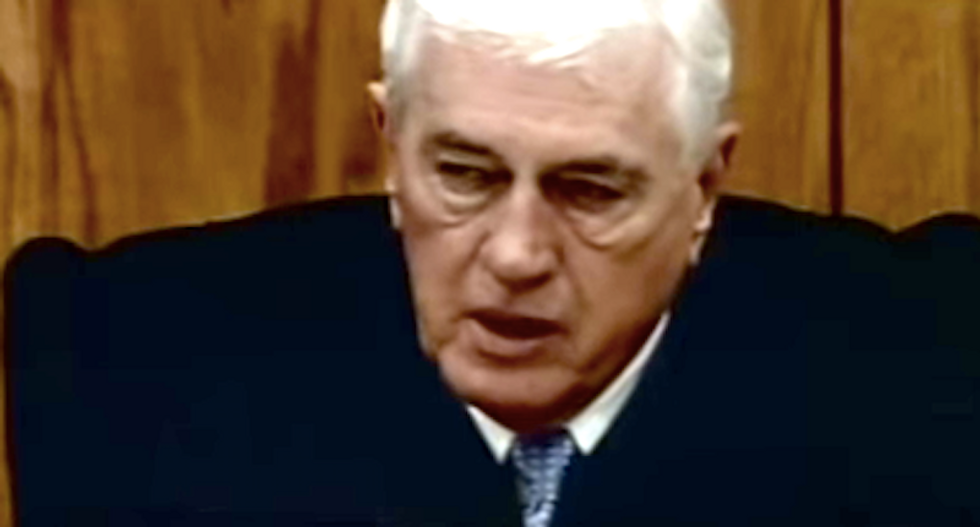 A Mississippi judge displayed a startling lack of concern with constitutional rights during a one-on-one interview.

Circuit Court Judge Marcus D. Gordon agrees that suspects have a right under state law to an attorney as soon as an arrest warrant is issued, but he freely admits that he saves money by waiting to assign public defenders until suspects are formally indicted, reported Al Jazeera.

However, defendants routinely wait in jail for months without speaking to an attorney because Mississippi doesn't set a time limit for prosecutors to seek an indictment.

Gordon, who is facing an American Civil Liberties Union lawsuit for excessive pretrial detention and denial of counsel, told a reporter that he understands the system is flawed, but he said most criminal defendants were "con people" who probably deserved jail time.

Gordon, who has sat on the bench for more than 35 years, presided over the trial of Edgar Ray Killen, who was convicted in 2005 of manslaughter in the deaths 40 years earlier of three civil rights workers.

Killen, a pastor, presided over the funerals of both of Gordon's parents, who died within 24 hours of one another in 1965.

He said investigating "every single case" would impose a burden on defense attorneys, who he said were responsible for determining whether their clients were deserving of vigorous representation.

The Al Jazeera reporter told Gordon, who presides over four counties, that she spoke to numerous inmates who said they had waited for nearly a year to speak to an attorney, and those meetings lasted 10 minutes at most.

"Are you believing the statements of the defendants?" Gordon said. "They will tell you anything you want to hear."

However, he admitted that, if those claims were true, the detentions may be violating the inmates' rights -- but the judge indicated he really didn't care.

He dismissed the reporter's assertion that law enforcement could verify the inmates' claims, and he denied responsibility for denying counsel to jailed suspects -- even though he admits that the policy was his own and not the state's.

The judge refused to acknowledge that any inmates' rights were being violated, and he said defendants should "make it known" if they wanted their rights to be protected.

"I do know that there are innocent people, who are charged and go through the system who are not guilty, in the penitentiary," Gordon said. "But there is nothing I can do about that."

Watch this video of Gordon presiding over Killen's sentencing, posted online by C-SPAN: