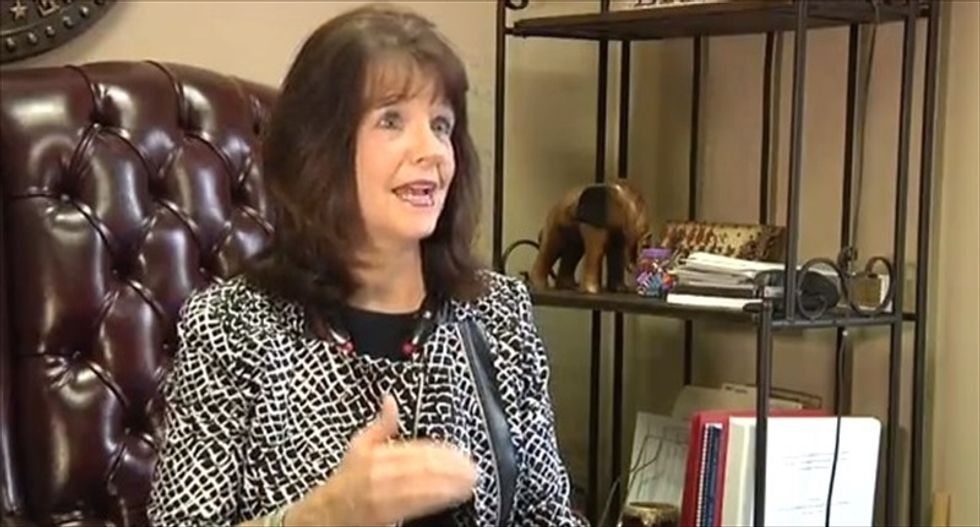 The Council on American Islamic Relations (CAIR) criticized Tennessee state Rep. Sheila Butt (R) on Monday after she introduced a bill she claimed would stop religious indoctrination in the state's school system, the Tennessean reported.

"Islamophobes like Rep. Butt fail to recognize that there is a big difference between teaching students about religion as an important part of world history and promoting particular religious beliefs," the group's government affairs manager, Robert McCaw, said in a statement. "The education of children in Tennessee should not be delayed because of anti-Muslim bigotry."

The measure, House Bill 1418, would prevent the teaching of "religious doctrine" before 10th grade but does not specify what that would entail. It was introduced just over a month after Rep. Marsha Blackburn (R-TN), as well as some parents and conservative lawmakers, complained about seventh-graders being taught about "the world of Islam" in a world history course.

Blackburn denounced the class because it allegedly required students to memorize the Islamic religion's five pillars and write the phrase, "Allah is the only god" for an assignment.

"It is reprehensible that our school system has exhibited this double-standard, more concerned with teaching the practices of Islam than the history of Christianity," the congresswoman said at the time. "Tennessee parents have a right to be outraged and I stand by them in this fight."

Butt has argued that seventh- and eighth-graders "are not able to discern" what constitutes indoctrination into a religion's teachings. She also insisted that the measure does not target Islam.

"It is interesting that CAIR would comment on my bill since the legislation never even mentions a particular religion, but instead explicitly states that no religion shall be emphasized or focused on over any other," she said in a statement on Monday.

The debate regarding the measure is Butt's latest brush with criticism; earlier this year black colleagues scolded her for saying she wanted a group like the NAACP but for "Western people." She also tried to table an exemption on new rape legislation for rape and incest victims, arguing that they were "not verifiable."