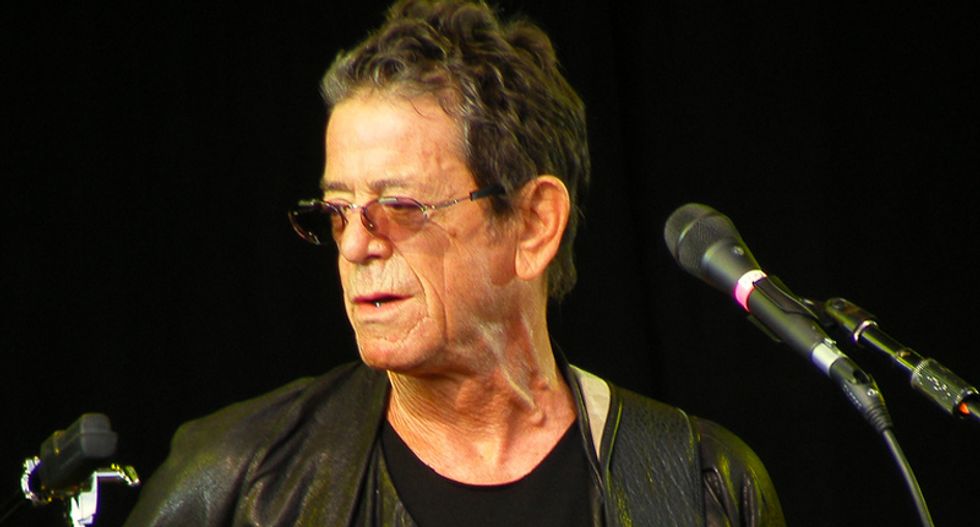 According to an unauthorized biography of rock icon Lou Reed, the singer was an even more unpleasant man than his stage persona suggested and prone to racist comments and abusing women.

In an interview with the Daily Beast, biographer Howard Sounes claims he interviewed over 140 of Reed's school friends, fellow band members, girlfriends and family members, and what they revealed to him was a person he said could best be described as a "monster."

“I loved his music, but you have to go where the story goes,” Sounes explained. “The obituaries were a bit too kind, he was really a very unpleasant man. A monster really; I think truly the word monster is applicable.”

Reed, one of the founding members of the influential 60's band Velvet Underground, died in 2014 at the age of 71 from liver disease.

During his songwriting career he took on what were once considered to be unpleasant topics in songs, including drug addiction, racism, violence, and gender issues.

According to Sounes, Reed himself was a racist, jealously referring to fellow songwriter Bob Dylan as a "pretentious k*ke," and once telling a reporter, “I don’t like n----rs like Donna Summer.”

Friends of Reed claim he was abusive to women, with school friend Allan Hyman relating a story of Reed smacking his girlfriend in the head at the dinner table.

“It’s quite clear that he was a misogynist and he did hit women," Sounes said. "They weren’t all knocked about but he knocked his first wife about and he wrote repeatedly about violence towards women—he seemed absolutely obsessed with the subject.”

According to Sounes, Reed was an incredibly complex and difficult man to be around, abusing friends and foes alike, including British star David Bowie who elevated Reed's career when he produced Reed's career-defining 'Transformer' album. Reed reportedly slapped Bowie around when he suggested Reed cut back on his drugs and drinking.

Reed’s erratic behavior may have been related to his major mental health issues --he was diagnosed as bipolar and suffered manic depressive episodes -- and he spoke often of being treated with electric shock therapy when he was younger.

A former producer of Reed's said the singer/songwriter was aware of his issues but was unable to control himself.

“Lou, all I want you to do is give me another ‘Sweet Jane’. You’re the master of writing songs about people,” Godfrey Diamond remembered. “He looks at me and goes, ‘Godfrey, I try to write ‘Sweet Jane’ every day,’ in this deep, awful, mean, aggravated, upset voice. Clearly, that wasn’t the thing to say.”

Sounes book, Notes From The Velvet Underground: The Life of Lou Reed, is available now.