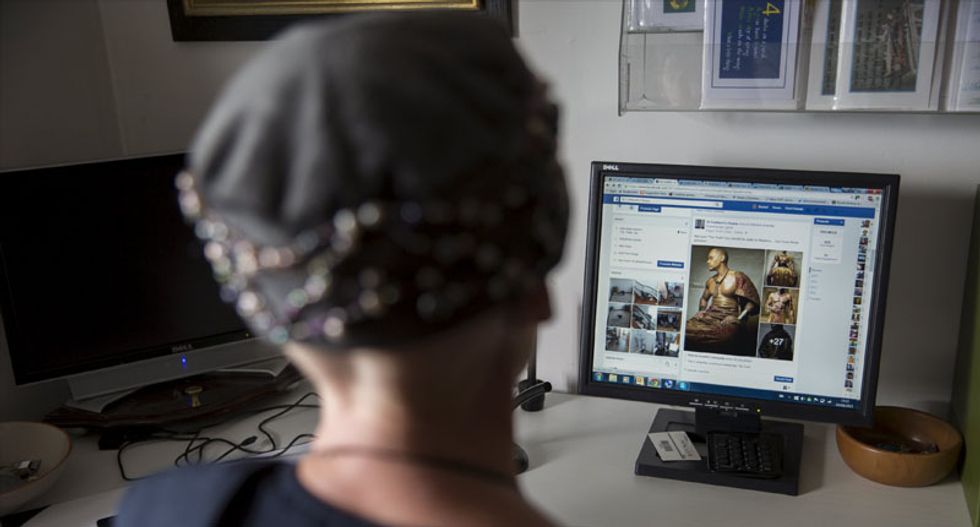 Like any good hermit Rachel Denton rises early in the morning to tend to her vegetable garden, feed her chickens, and pray.

But the former British nun, who has pledged to live the rest of her life in solitude, has another routine that sets her apart from her society-shunning brethren - she has to update her Twitter account and check Facebook.

Unlike other hermits, such as a man discovered in 2013 living in a wood in the United States having spent 27 years without any human contact, Denton has embraced the Internet age.

"The myth you most often face as a hermit is that you should have a beard and live in a cave, none of which is me," she said, sat in her simple red-brick house near Market Rasen, a Lincolnshire village ringed by rolling green countryside.

The 52-year-old is not as profligate on Twitter as most of its users - "tweets are rare, but precious," she wrote on her profile - but for the modern-day hermit, she says social media is vital.

"Things like the Internet make hermitage possible in a very practical way these days," she said. "I can do all my shopping online and I can communicate with friends."

"So I am a hermit but I'm also human," she added, clad in a dark tabard with a large silver cross hanging from her neck.

Denton said she had sought out solitude ever since she was young, one of six children raised in a crowded Catholic family. What she valued most then was being able to play in her bedroom alone.

"I remember practicing for hours by myself throwing a ball at the wall," she said.

In 2002, she resigned from her position as deputy head teacher of a school in Cambridge and moved north to Lincolnshire to begin life as a hermit in an ex-council house with a garden big enough to allow her to grow her own food and keep a few chickens.

"A hermit is a person who chooses to live alone, and does that with the intention of, in some sense, finding God," said Denton, who spent time living in a monastery before teaching.

She made an official commitment to life-long hermitage in 2006 at a special Catholic mass.

Denton, whose LinkedIn page is immaculately maintained, earns a living through calligraphy and by designing and producing bespoke stationery and cards, although she says she doesn't attract "hoards of customers."

She also writes for a church publication about some of the trials and tribulations of hermitic life, such as her regular attempts to defend her garden from moles.

Earlier this year, she was diagnosed with non-Hodgkin's lymphoma, a form of cancer. "The possibility of death is always there," she said, her head shaved bare following chemotherapy.

Due to her presence online, followers started a campaign to raise money for other cancer sufferers and social media helped her find support. She said this proved how valuable a tool the Internet is for those living alone.

But her diagnosis has not changed her need for isolation.

"It was interesting when I got cancer because you make a bucket list and my bucket list was to spend my life as a hermit," she said.