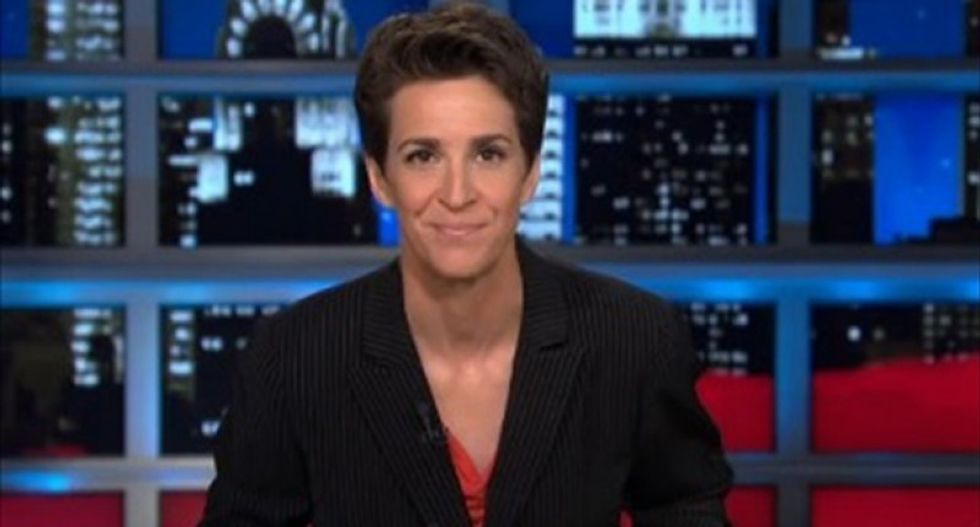 MSNBC host Rachel Maddow argued on Wednesday that Vice President Joe Biden's announcement that he will not seek the presidency should serve as a cautionary tale for Washington D.C pundits and journalists, many of whom were not only reporting the opposite, but acting like they knew Biden had decided to run.

"You couldn't know what Joe Biden's decision was going to be, because it was his decision alone," she said. "And yes, there were a lot of sources who wanted to talk. But for the most part, those were sources who wanted to talk because they wanted Joe Biden to run. And that's not news. You can't turn your wishes or hopes or rumors into news just by calling it 'news.'"

Talking Points Memo reported that the Washington Post mistakenly published a story yesterday saying that Biden would run -- one of two versions the newspaper had apparently prepared -- before quickly yanking it. But Fox News and Biden's fellow Democrat, Rep. Brendan Boyle (R-PA), also made similar statements, citing their own sources assuring them that Biden would run.

Maddow, however, singled Weekly Standard editor Bill Kristol out for his insistence on Twitter that Biden was running. As recently as Tuesday, Kristol stated that Biden had "confirmed" his presidential intentions to President Barack Obama over lunch in preparation for a campaign launch at the University of Delaware.

"Bill Kristol was hiding under the table at lunch," she said sarcastically, before saying that Kristol was "kind of famous for making very bad, very confident predictions," such as his prediction that former New York City Mayor Rudy Giuliani would mount another presidential campaign in 2012. Giuliani did not.