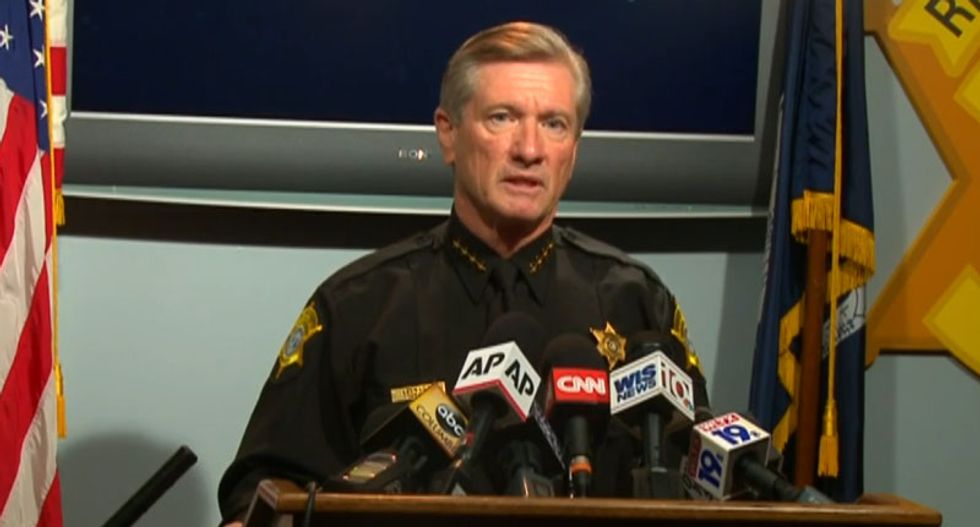 Richland County Sheriff Leon Lott said Wednesday that a "very disruptive" teen at Spring Valley High School in South Carolina was partially to blame after video showed a school resource officer flipping her out of her desk.

"She was very disruptive, she was very disrespectful, and she started this whole incident with her actions," Lott said during a press conference. "She refused to leave the class as directed by the teacher, she refused to follow his instructions, he called for assistance from the school administrator, the school administrator got there -- he was African American -- and he attempted to get her to leave the class also, she refused his instructions and was disrespectful to him."

Richland County Senior Deputy Ben Fields was suspended without pay after videos emerged showing him flipping the black teen out of her desk and throwing her across the classroom before arresting her. Lott said that Fields was fired Wednesday for his actions.

Lott said other students' education was "put on hold" while the student was dealt with. He also said a video existed that showed the student striking the officer.

"That is not a proper technique, and should not be used in law enforcement," he added.

Later in the press conference, Lott again said the female student needed to take responsibility for the incident.

“We must not lose sight that this whole incident was started by this student. She is responsible for the initiation of this action. There is some responsibility falls on her. The action of our deputy, we take responsibility for that. But we also have to put responsibility on her."