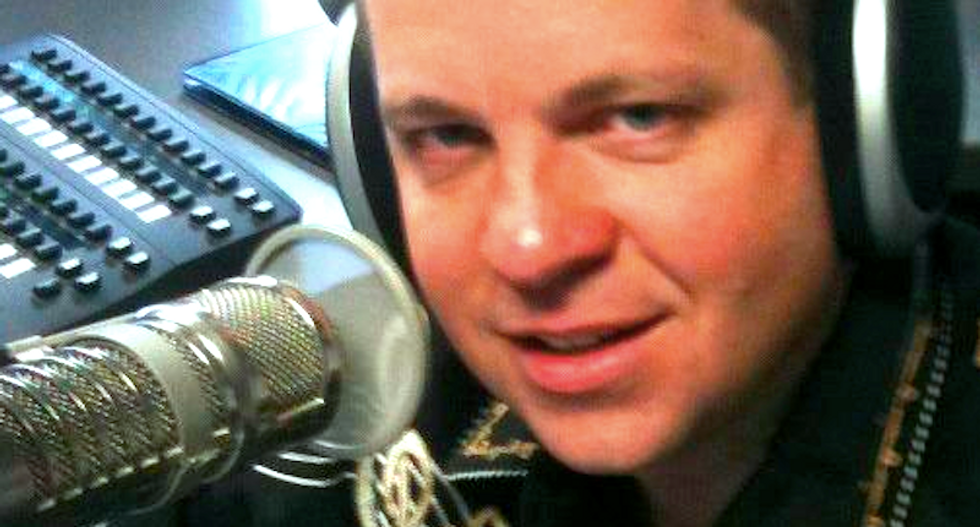 Michael Berry, a former Houston city councilman and the husband of a former Texas secretary of state, told a black caller on his syndicated radio program that white people try to avoid black people as much as possible, reported Media Matters.

The syndicated radio host is known for his racially charged remarks and for a regular segment on his program devoted to mocking the victims of gun violence.

Berry, who introduced longtime friend Cruz at his 2012 U.S. Senate primary victory party and has frequently hosts the Republican presidential candidate on his show, said white people rarely even think about black people.

"White people go on snow skiing trips to Utah and Colorado and they never see a black person and they don't stand around going, 'Boy, I tell you what, them black people lazy! They lazy and they violent and they try'n a get our womens!'" Berry said.

Berry, who reached a settlement in connection with a hit-and-run crash he was involved in outside a gay bar, said black people make white people racist.

Berry -- whose Indian-American wife, Nandita Venkateswaran Berry, was appointed as secretary of state by former Gov. Rick Perry -- suggested white people should be honored and thanked for their contributions to society with a "white history month."

"White people are naturally excited about 'White History Month,' but they're probably not going to mention it publicly, unfortunately, because they don't know who all knows and they don't want to seem self-centered or too absorbed, narcissistic," Berry said.

He said non-white people should approach whites and thank them by wishing them a "happy white history month."

"Over the course of the coming month, we will assist those of you who are not white in how best to celebrate," Berry said. "It's like a Jewish holiday. It's happening all around you but you're really not sure why, you don't quite know the history and 'what is this Seder stuff and Passover and what does all this mean?' We're here to help you and to celebrate. And to all of -- some of you out there are white, to all of you we offer you our heartfelt greetings, 'Happy White History Month.'"

Listen to Berry's remarks to a black caller posted online by Media Matters: