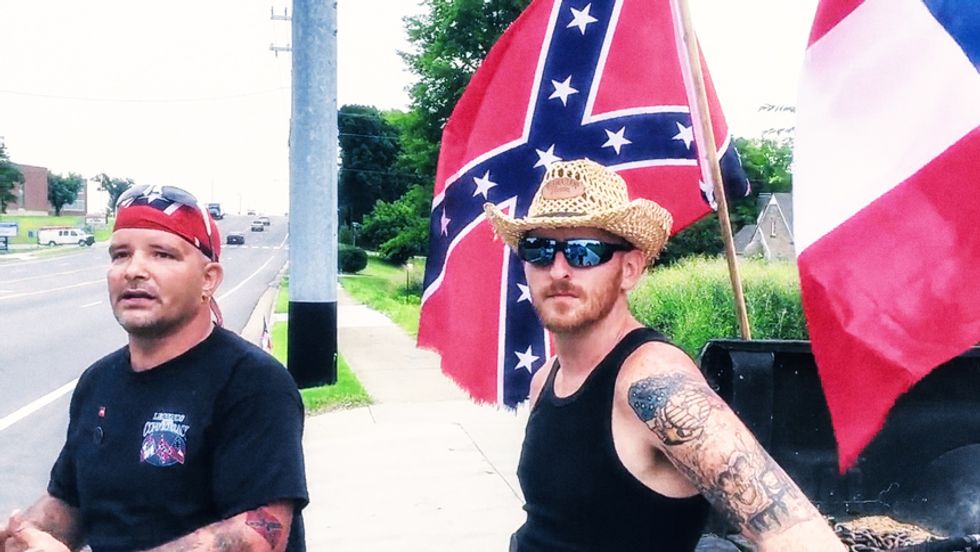 Lawmakers in a Tennessee county that was notable for supporting the Union during the Civil War will vote on whether to raise the Confederate flag over their county courthouse, CNN is reporting.

County commissioners in Greene County, located in eastern Tennessee, will take a vote on adding the flag, fully aware that the area was despised during the war for not supporting the Confederacy.

"If people have a problem with it, it's their problem," said Commissioner Buddy Randolph.

According to Randolph the decision to vote on flying the flag -- when so many other states and municipalities are banning it -- is about celebrating those who perished in the war.

"Greene County recognizes and remembers those who fought for the South," reads Randolph's measure. "These efforts of these men to persevere must not be forgotten and the Confederate Flag represents that heritage and history that our County should be proud of."

Local historian Richard Hood believes Randolph has it all wrong, saying the county should be proud of its stance against the Confederacy.

"Greene County was profoundly anti-Confederate," Hood wrote in a letter published last week in the local paper. "Commissioner Randolph may not like this history, but it has the virtue of being factual. He should be celebrating Greene County's heritage of resistance to the Confederacy, not propping up a grotesque distortion of 'history' that debases our true past and offends many, many of our own neighbors."

According to Randolph, his proposal is about heritage and "has nothing to do with race or anything"

A vote on the proposal to raise the flag -- over a community that is 98.4 percent white -- will take place at 6p.m. on Monday.