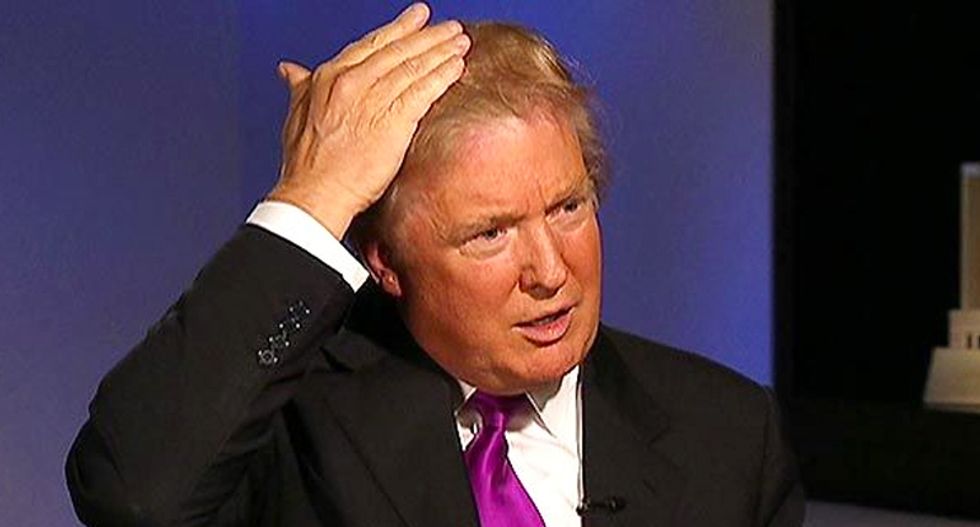 Donald Trump said he would "absolutely" shut down U.S. mosques to defeat Islamic State militants, although he conceded that might not be legal.

The Republican presidential frontrunner appeared Tuesday on "Varney & Co," and the Fox Business host asked Trump about steps Britain has taken to fight Islamic radicals in that country, reported Mediaite.

“They’ve got a whole new series of proposals to deal with this, including withdrawal of passports from some of these people who’ve gone over just to fight," said host Stuart Varney, as Trump interrupted in agreement. "And closing some mosques -- would you do the same thing in America?”

“I would do that,” Trump said. “Absolutely, I think it’s great.”

Trump, who was apparently unaware of the 14th Amendment when he called for ending birthright citizenship, backtracked a bit when Varney asked whether the U.S. Constitution would permit a president to close houses of worship for a particular religious faith.

“Can you do it?” Varney asked. “Can you close a mosque? We do have religious freedom.”

Trump admitted he wasn't sure whether that was constitutional.

“Well, I don’t know,” Trump said. “I mean, I haven’t heard about the closing of the mosque. It depends, if the mosque is, you know, loaded for bear -- I don’t know. You’re going to have to certainly look at it. But I can tell you one thing, if somebody goes over and they want to fight for ISIS, they wouldn’t be coming back.”